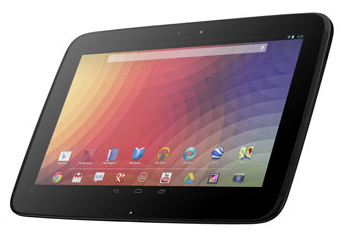 Strategy analyst Benedict Evans (via Daring Fireball) has done some admittedly rough-and-ready number-crunching on Nexus sales based on Google development data to come up with a figure of just 680,000 Nexus 10 tablets in use.

Given that Apple sold 36.9m iPads sold in the second half of 2012 alone, we’re guessing they’re not too concerned about the competition. Even the Microsoft Surface tablet is believed to have beaten the Nexus 10 numbers, with a rumored 1.5m sales.