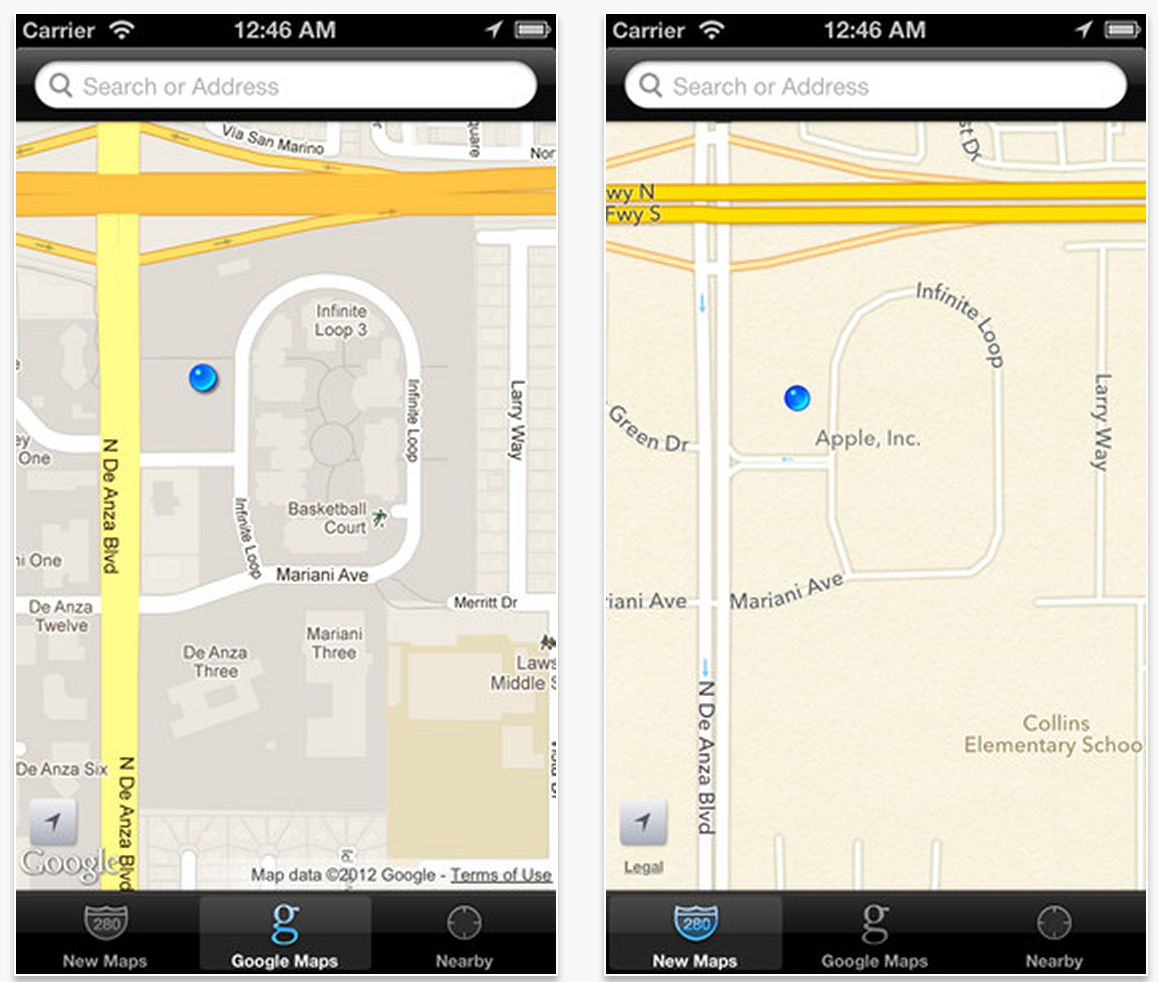 MapChoice | $0.99: A new app just released on the App Store provides you with access to both Apple’s new Maps and Google Maps in a single app. Your position will transfer from one map to the other, and it also includes StreetView and Foursquare integration.

MapChoice gives you a choice between old and new maps. You can also view Street View and search using FourSquare. 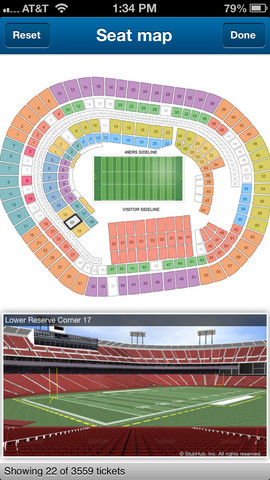 – Purchase a monthly subscription to WSJ through your iTunes account. With a digital subscription you get access to iPad, iPhone, WSJ.com and more.

• Interactive seat maps for certain football and basketball games: filter ticket listings by section • View from section: see the view from your section before you buy (for many events) • iPhone 5 support • Improved sharing (Twitter, Facebook, and text messaging) • Ability to add events to your calendar • User interface enhancements

• You can now send maps and routes from mapquest.com to your phone and open them in the MapQuest App

Real Racing 3: EA officially announced the next title in its Real Racing series, which is now being handled by developer Firemonkeys (recent merger of Firemint and and IronMonkey), and also released the rather impressive announcement trailer above featuring pre-alpha footage. More info is coming later this year but there is additional Porsche footage on the game’s Facebook page if you can’t wait. A little bit of what to expect from Real Racing 3 below:

Gamers will enjoy graphics that have been meticulously hand crafted to produce photorealistic visuals as they zoom around in cars from manufacturers like Porsche, Dodge and Audi.

For the first time in the series, Real Racing 3 will also include a full lineup of real world tracks from the top names around the world including Mazda Raceway Laguna Seca, Indianapolis Motor Speedway and Silverstone. With a 22 car grid, gamers will be able to pit themselves against 21 other drivers in one race.

Fans can experience the glory of championship racing on real tracks recreating the full race-day pressure and environment in a game that harnesses the full power of mobile hardware to produce a beautiful racing environment.

Twitter version 4.3.2: The Twitter iOS app was updated today with improved pull to refresh and infinite scroll “in enhanced events experience,” unfortunately we still await an update to the official Mac client while the Tweetbot for Mac alpha received a ton of new features in its latest update last night.

HopStop Transit Directions version 1.2.1: We told you about an update to the HopStop iPhone app for transit directions in NYC, Boston, Chicago, and San Fran, and today its app with support for 100’s of cities throughout the US, Canada, and Europe was updated with the London Underground map and support for the following new markets:

– Arrive by Directions and Schedules Search!

– London Underground map has been added

Today’s list of apps and updates hitting the App Stores kicks off with a huge sale on Readdle apps to celebrate the publisher’s fifth anniversary. As always, we will update the list when more apps hit the store.

Readdle 5th anniversary sale: Readdle, a premier productivity application developer for iOS, has begun a major sale for its suite of popular productivity App Store software. The company is doing this sale in celebration of its fifth-year anniversary as a company. The sale begins today and will run for the next 48 hours. The folks at Readdle created a new web page that describes their work and success so far. It is an interesting read for both other app developers and app users. Here are the discounts:

Amazon Mobile version 2.0.0: Amazon’s universal mobile app for shopping through Amazon.com received a notable update that includes the ability to utilize the “Subscribe & Save” option at checkout to get 5 percent to 15 percent off purchases. You can also now shop by department.

Dead Trigger version 1.1.2: Madfinger’s latest title has been getting a ton of praise from game reviewers lately, and it received a huge update today that brings tons of new weapons, upgrades, gadgets, zombies, and environments. A full list of new features and fixes is below:

*New gadget: Head-Flator X100 to inflate the heads of zombies to XXXL size!

*Survival arena, that is tailor-made for massacre of hordes of zombies

*Casino: try your luck with a slot machine

*Save game data with cloud backup

* Crash in Menu when too many missions were “available”