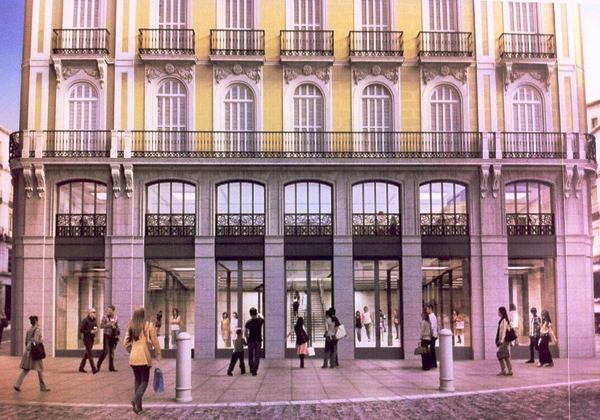 Apple is not slowing down when it comes to opening more iconic brick-and-mortar retail locations. Three new retail locations all received recent approval: one located in a century theatre in Germany, and a second in London, Ontario, Canada, and the third in a historic 1860-era building in Madrid, Spain. The approvals continue Apple’s aggressive retail push after the opening of their new Grand Central store, and after meeting its goal of 30 new locations opened worldwide in the fourth-quarter of 2011.

Following over a year’s worth of discussions, TeleCinco (via ifoAppleStore) confirmed plans for an Apple Store in a 65,293 square-foot building in Madrid, Spain have finally been approved by city officials. The rendering above was released by the city and, despite not showing any Apple logos, it shows a classic Apple retail design meshed with the 1860-era building facade. The building was previously Hotel Paris, and according to ifoAppleStore, it will retain the massive, iconic “Tio Pepe” electric sign. The sign, not shown in the rendering, was removed for the construction process. 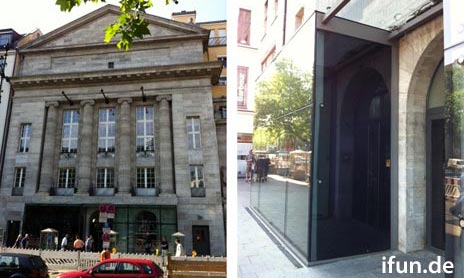 Located on the The Kurfürstendamm in Berlin, Germany, we already told you about rumors concerning Apple’s next store that will be located in a 5,000 square foot theatre originally built in 1912 or 1913. Berlin.de gave a break down of the building’s history. Until now, it was not exactly confirmed, but iFun confirmed that employment applications for the location have surfaced. It also seems as though construction is underway due to the front windows being covered (pictured right).

Another store set to open in 2012 is located in London, Ontario, Canada in Masonville Place shopping mall. Although it’s been rumored for years, we’re receiving several tips that it is set to open next year and the typically reliably ifoAppleStore has confirmed. The store will apparently take over the 6,176 square-foot space previously occupied by Eddie Bauer on the upper level. This would continue Apple’s steady retail expansion in Canada, currently sitting at just 22 stores across the country, nine of which are located in Ontario.