A new tweak available without a jailbreak claims to enable free hotspot tethering on devices running iOS 6 and 7 for at least T-Mobile in the US. It comes to us from iTweakiOS, the same people providing hacked carrier profiles enabling features such as wideband audio and faster data speeds for various US carriers. In theory the hack could work for other GSM carriers, but there is still some work to be done to get it up and running on AT&T. On it’s website the guys explained exactly how the tweak works:

Many of you may remember a story I put out awhile back talking about how CommCenter blocks edited carrier.plist files and I may have found a work aroun to get things like personal hotspot enabled. Well, I’ve found the solution, but first, let’s talk about why CommCenter blocks plist editing. This happens because of the very thing we’re doing right now, which i suspect will likely be patched quickly by iOS 7 GM release time. People were enabling tethering by modifying the original carrier.plist files and this stopped entirely when Apple implemented signatures into the carrier.plist files and creating what we all know as CommCenter which is the process that checks these signatures. So, the challenge was finding a way to enable hotspot without CommCenter checks and verifications. After months of research and digging, I’ve finally found a genuine workaround to enable this great feature and its quite simple, really.

Step-by-step instructions are available through the iTweakiOS website now, but the process is a little more in-depth than some of the other hacks released through the website in the past. The post warns that the tweak has only been tested on T-Mobile and that AT&T users “will need to tinker around and test a bit to get it operational.” If you’re up for a bit of .plist editing and likely some trial and error if you’re on AT&T, you can find the full instructions here.

Update: A 9to5Mac reader has chimed in clarifying that the new hotspot only offers the free 500MB plan on the new Sprint-enabled 4G service. For 3G coverage, users will have to pay an additional $3.99 per month:

Although their website and press release say the new Overdrive comes with free data every month, there’s apparently a string.  Apparently only the 4G data is free, see my email thread with customer service below.  This is wholly inconsistent with what their website or press release indicates… This tactic is as deceptive as when FreedomPop first went live. At that time, they said the devices were “free with deposit” but it now turns out that if you keep the device for 12 months or more, the deposit is forfeited.  That forfeiture is buried deep within the TOS, and not likely understood by consumers until it’s time to return their hardware.

Wireless provider FreedomPop, the company providing access to free monthly data plans through a number of hotspot devices and iOS device accessories, today announced it is expanding its 3G coverage through Sprint’s network to provide nationwide coverage to its customers.

“The biggest criticism with our service to date has been the coverage gaps in certain parts of the country,” said Stephen Stokols, FreedomPop’s CEO. “Starting today, FreedomPop users can connect to the Internet across the entire nation leaving no reason to continue paying high monthly Internet bills for Internet from large, expensive carriers.”

In addition to the network expansion, it is also now accepting preorders for its latest hotspot device dubbed “Overdrive Pro” (pictured above):

The FreedomPop Overdrive Pro becomes the company’s first device to run on Sprint’s network. The Overdrive Pro will allow up to five devices to connect to it and get speeds up to 8 mbps down. In addition to FreedomPop’s free 500 MB plan, users can also purchase a 2 GB or 4 GB 4G/3G plan with no contract or annual commitment at rates up to 50 percent less than major carriers.

FreedomPop offers users free data (with the option to purchase more) ranging from 500MB to 2GB per month through devices such as its $99 WiMAX sleeve for iPod touch or the recently announced $89 Burst 4G home wireless router. It also has an iPhone 4/4S case that is awaiting Federal Communication Commission approval and told us in February it plans to roll out LTE service and a new LTE iPad clip later this year. 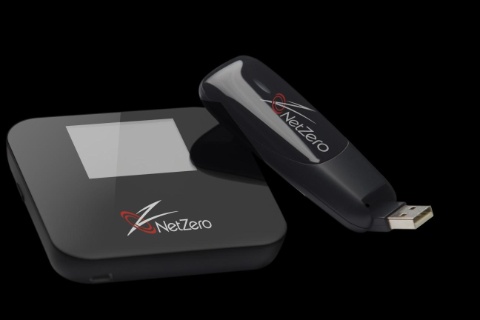 While Apple’s new LTE-capable iPad launched on AT&T and Verizon last Friday, NetZero announced today a new contract-free 4G-hotspot service that provides consumers with another option for data. You might remember NetZero from its ad-supported freemium dialup service in the 90s. The new service will also provide a free plan that offers users up to 200MB of data per month at no charge.

First you will have to buy one of NetZero’s reasonably priced hardware options: END_OF_DOCUMENT_TOKEN_TO_BE_REPLACED 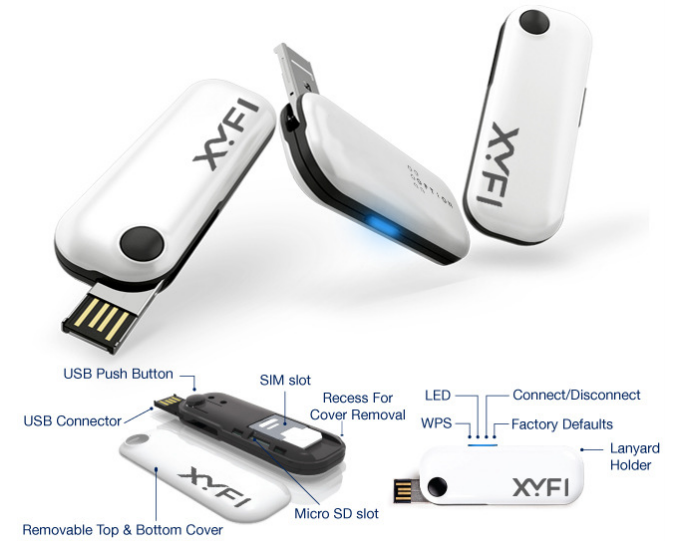 Berlin-based Nova Media, best known for its OS X utilities for OEMs used by carriers like Vodafone, announced a new personal hotspot device today called “XYFI.” The thumb drive-sized device (80mm-by-23mm-by-12mm) connects to any USB port for power and allows you to insert a SIM card to share a 3G data connection with up to eight other devices. The XYFI is also completely configured through a browser, so the entire setup process can be done through an iPad or iPhone. It will also function as a regular Wi-Fi modem for your Mac and packs a microSD card slot for file sharing over the network. 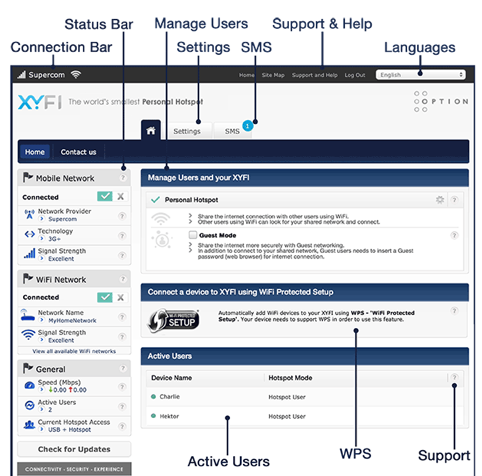 Nova Media explained in its press release that the XYFI provides up to 5.76 Mbit/s upload speeds and 14.4 Mbit/s download on 3G. Meanwhile, the Wi-Fi is compatible up to up to 54 Mbit/s on 802.11 b/g networks. It also supports WPS and uses WPA, WPA2, and WEP. In the image to the right, we see the web-based interface will allow a user to hide the network SSID, create guest logins, and manage network settings.

The full press release is after the break.