Black Friday iOS deals: A ton of app developers are offering app deals to celebrate Black Friday and Thanksgiving. 9to5Toys.com has an updating list of Mac and iOS deals being offered. Some of the deals on offer: BioShock 2 for $11.99, Call of Duty 4 for $7.99, and the just updated Street Fighter X Tekken for 99 cents.

GTA Vice City 10th Anniversary: We already knew it was coming soon, but today Rockstar confirmed the 10th anniversary edition of Vice City will hit the App Store on December 6th for $4.99. (via Polygon) 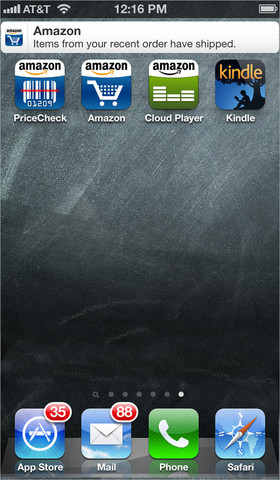 Amazon Mobile version 2.3.1: A nice update for the Amazon Mobile app today, just in time for the holiday shopping season, brings the ability to receive push notifications on iPhone, iPod, and iPad when packages are shipped and delivered. You can also enable a daily notification for lightning deals. Also, iPad users can now “pinch (or double tap) to zoom in on product images and see more details.”

· Stay up to date on where your holiday gifts and packages are with delivery alerts. Turn on push notifications to get alerts on when your package ships from Amazon and when it’s delivered. Plus get a daily notification for lightning deals.
· Pinch (or double tap) to zoom in on product images and see more details.(iPad only)
· Bug fixes and performance improvements.

HSN for iPad version 5.0.3: HSN’s app has been updated with a new holiday gift store and deals: END_OF_DOCUMENT_TOKEN_TO_BE_REPLACED