iPhone 6s/Plus goes on sale in 36 more countries today, with a further 6 tomorrow

Apple’s rollout of the iPhone 6s/Plus beyond the dozen launch countries kicks off today, with customers in 36 more countries able to get their hands on the new devices. This follows Apple making SIM-free phones available in the USA.

Those in Bahrain, Jordan, Kuwait, Qatar, Saudi Arabia and United Arab Emirates will have to wait until tomorrow, while there’s a further week to go before sales open up in India, Malaysia and Turkey. Apple has promised that the new iPhones will be on sale in over 130 countries by the end of the year.

Apple sold more than 13 million iPhones in the opening weekend. If you’re still on the fence, some recent pieces that may help are my iPhone 6s diary, a video of the best 3D Touch features, plus a comparison video and opinion piece on the 6s versus 6s Plus. 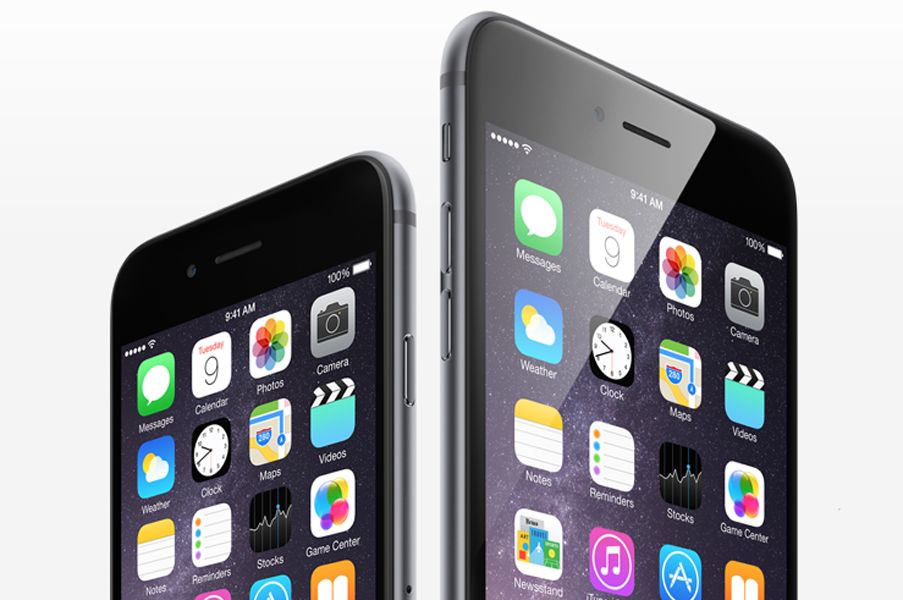 Apple has announced that it will be rolling out the iPhone 6 and 6 Plus to an additional 36 countries this month, bringing the total number of markets to 69. The latest rollout will begin with India and Monaco alongside China on Friday.

END_OF_DOCUMENT_TOKEN_TO_BE_REPLACED 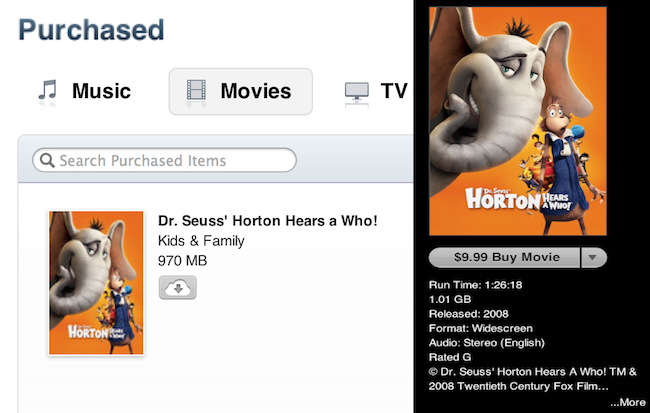 Multiple tipsters wrote in this evening saying 20th Century Fox movies are appearing in their purchased movie iTunes accounts ready for re-downloading over iCloud. Sure enough, Fox’s Horton Hears a Who! is on my kid’s iTunes account ready for downloading on iCloud (above, left). There is also no longer a disclaimer saying, “This movie is not available for iCloud downloading,” in iTunes (above, right) which existed before.

When Apple launched Movies in Cloud in March, both Fox and Universal held out. Universal went live on iCloud in April, and it appears Fox is going live today. The deal has been expected for awhile, as HBO allowed iCloud users access to both studios’ catalogs in March. The reasons for the delay aren’t specified but they often involve complicated contract negotiations with multiple rights holders.

Today has been a big day on the iTunes Store with Poland and Hungary both getting iTunes Match, while 37 different countries got iTunes in the Cloud for movies.

END_OF_DOCUMENT_TOKEN_TO_BE_REPLACED

Following the launch of iTunes Match in Poland and Hungary today, Apple also appears to be opening up its iTunes in the Cloud for movies in at least the United Kingdom, Canada, and Colombia, which previously only had access to music, music videos, apps, and books (and TV shows in Canada and the U.K.). There are also various other reports coming from Australia, New Zealand, and Ireland that claim the feature is going live.

Apple’s list of supported countries for the feature has not been updated to reflect the new countries. Let us know in the comments if you notice the feature rolling out in your country.

END_OF_DOCUMENT_TOKEN_TO_BE_REPLACED

iTunes Match rolling out in Poland, Hungary and others today?

We received several tips that Apple started rolling out the iTunes Match service in Poland, Hungary, and possibly a few other unconfirmed markets. Apple’s official list of availability for iTunes Match by country has not been updated to include Poland, Hungary, or any additional markets, but currently lists 55 countries with access to the service. Local reports claim the service is available for 24.99 euros in Hungary, which is on par with pricing in other markets.

Let us know in the comments if you notice iTunes Match available in your country. END_OF_DOCUMENT_TOKEN_TO_BE_REPLACED