Hyundai confirmed today that its latest vehicles to come with Apple’s CarPlay platform will be the 2017 Sonata and Tucson models.

Hyundai today officially announced that its 2017 Elantra will be available this month and the next vehicle to receive support for Apple’s CarPlay platform:

Both smartphone integrations will be available on the 2017 Elantra’s seven-inch Display Audio touchscreen system with rearview camera and Hyundai’s eight-inch touchscreen navigation system with voice texting, access to music stored on the phone and third-party audio apps.

Apple earlier this week published a master list for the first time of car makers and the vehicles confirmed to support CarPlay, its in-dash entertainment platform that provides an iPhone-like experience in vehicles. Some of the vehicles on the list, however, have yet to actually update with full support, Hyundai’s Sonata included.

Hyundai’s press release notes that Elantra “provides an available second USB port for charging because of this wired connection.”

And as for owners of other Hyundai vehicles, the company confirms that it will provide more information on how vehicles using its Fourth-generation navigation system or Display Audio system can upgrade.

Check out Apple’s’ master list of CarPlay partners here. For more information on CarPlay, check out our coverage of what’s coming soon with the latest iOS 9.3 software update. 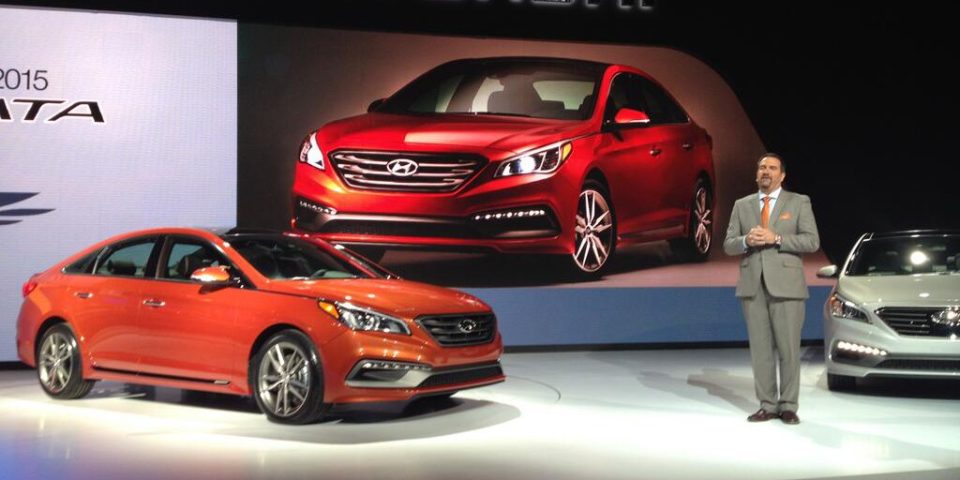 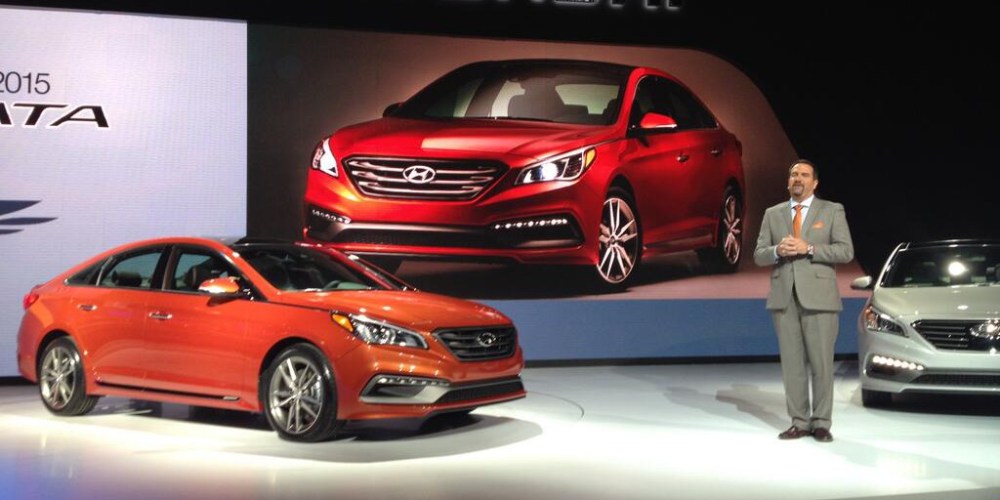 While Hyundai was one of the first major car brands to promise CarPlay in its vehicles as a selling point nearly two years ago, the automaker so far hasn’t actually shipped the update to add the feature it promised to customers. Compare that to Pioneer’s CarPlay support announced around the same time which brought the iPhone-based infotainment feature to all cars through aftermarket displays in 2014.

There may be some good news for Hyundai fans still waiting to test drive CarPlay, however, as USA Today reports that Hyundai is committing to rolling out an update to add the feature early next year.

END_OF_DOCUMENT_TOKEN_TO_BE_REPLACED 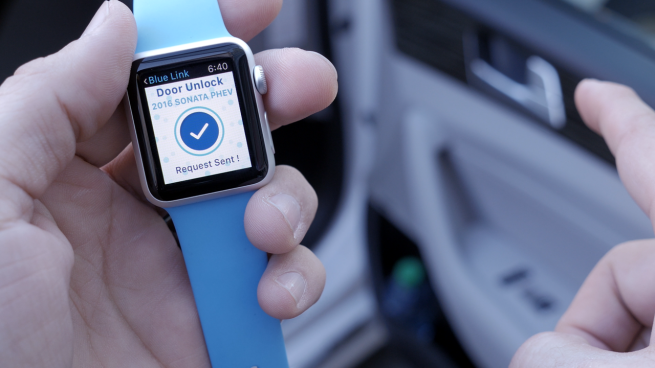 Meet BlueLink, a Hyundai cloud-connected service that provides cool remote access features for select vehicles. I recently had a chance to test BlueLink with the 2016 Hyundai Sonata Hybrid and Plug-In, and now I’m convinced that connected cars are the future.

BlueLink links up to your vehicle using its VIN number, using the Internet to relay information to and from the car, wherever you may be. Connected apps for cars, homes, and other smart accessories are cool and all, but what if you could start your car or unlock your doors from an Apple Watch, without taking a step? Welcome to what’s next…

END_OF_DOCUMENT_TOKEN_TO_BE_REPLACED 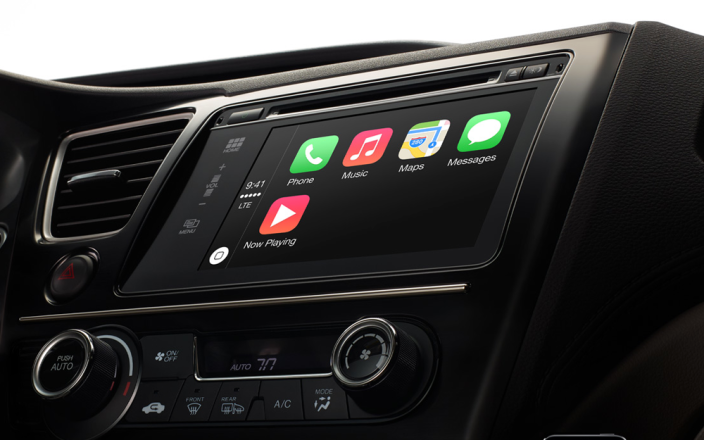 Apple has quietly updated its CarPlay microsite which explains the feature to add CBS News Radio to its growing list of apps it grants CarPlay support to, but a bigger change also appears on the CarPlay site this morning. Apple is no longer promising CarPlay support from any automobile manufacturer this year as it has done since its debut in March. While there has been no shortage of CarPlay demoes and availability announcements, actually getting your hands on a model with CarPlay thus far has proven almost impossible.

The site now says CarPlay “will be available” from listed partners without offering any specific timeframe (and removing the 2014 language for specific brands altogether). This is likely due to delays in CarPlay availability thus far, even in models that have announced support earlier this year with cars that are now on the road. END_OF_DOCUMENT_TOKEN_TO_BE_REPLACED

We’ve already seen several polished demos of Apple’s CarPlay feature so far, but Hyundai’s demo to MotoMan in the video below gives us the clearest look of how the CarPlay functions in the 2015 Sonata announced earlier this year alongside the automaker’s existing infotainment system.

In the footage you can see the process of connecting the iPhone to the CarPlay system using the Lightning cable and how the UI changes on the phone as well as how this prompts Hyundai’s own native system to activate the CarPlay user interface.

How will Google’s new ‘Android Auto’ CarPlay competitor compare? On top of opening up the SDK, unlike Apple, to messaging and audio apps, it also has a ton of support right of the bat through the Open Automotive Alliance. Following Google’s unveiling of its new Android Auto connected car platform, a long list of both new and old members of the Open Automotive Alliance have confirmed support for the new feature. Many of which are also confirmed partners for CarPlay and at least some plan to launch both platforms simultaneously in upcoming vehicles. A press release lists a number of new OAA members including Bentley, LG, Nissan, Mitsubishi, Mazda, Maserati, Volvo and many more. The news also confirms that we’ll see aftermarket solutions for Android Auto from companies like Pioneer, Parrot and Alpine, which are also building aftermarket solutions for CarPlay. Here’s a full list of new OAA companies that will support Android Auto:

That list doesn’t include founding and old members like Audi, GM, Google, Honda, Hyundai and others. Volvo and Hyundai have now independently confirmed that they will both support the platform. Interestingly, both companies are also confirmed partners of Apple’s competing CarPlay platform.

When it comes to Volvo, the company announced today that it’s joining the Open Automotive Alliance and plans to bring Android Auto to all its cars using a new Scalable Product Architecture (SPA) starting with the all-new XC90. That’s notable considering that’s also the first vehicle Volvo will use to introduce Apple’s CarPlay feature later this year. Up until now there was some question about how a platform from Google might co-exist alongside Apple’s platform, but it appear at least some manufacturers plan to offer both of the competing platforms side by side in new vehicles. We’ll have to see if others decide to go Apple or Android only or offer exclusivity windows for either platform. We’ll also have to see if aftermarket solutions– like these ones from Pioneer— pack in support for both features or limit hardware to Android or CarPlay.

Hyundai announces CarPlay coming this summer to its 2015 Sonata 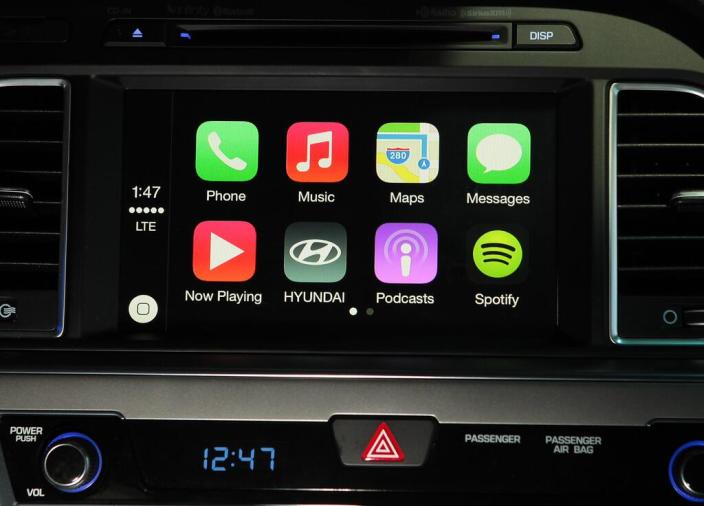 Hyundai announced today at the New York International Auto Show its 2015 Sonata will be the first of its vehicles to feature Apple’s new CarPlay technology bringing phone, messaging, music, and navigation functionality from the iPhone to the in-dash display through iOS and Siri. Apple rebranded its iOS in the Car feature announced at WWDC in 2013 as CarPlay earlier this year with a number of committed partners including Hyundai, and today’s announcement by the automative manufacturer is the first unveiling of its official plans to bring CarPlay to market with its brand.

Hyundai says its 2015 Sonata will be available at dealerships in early summer this year. While pricing and availability specifics have yet to be unveiled, Hyundai’s CarPlay offering is expected to be considerably more affordable than other brands partnered including Ferrari, Mercedes-Benz, and Volvo.

The news comes just one day after Pioneer official announced it will bring CarPlay to a number of its existing 2014 in-dash systems through a firmware update. Ford, Toyota, and other automotive manufacturers are expected to unveil new products at the auto show as it continues through the month, although Honda is the only partner committed to CarPlay in 2014 (per Apple’s CarPlay site) without a compatible car announced.