One 'I am Charlie' story January 2015
See All Stories 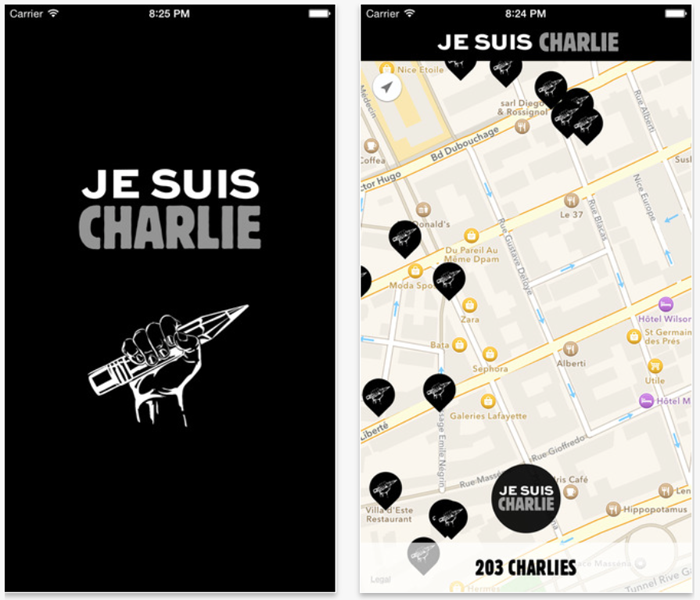 As iOS developers will know, it can take a while to get a new iPhone app approved, with one online tracker showing that the average time is currently around ten days. The developers of a free app enabling people to express support for the Je Suis Charlie campaign following the terrorist attack in France didn’t want to wait. French news agency Nice-Matin emailed Tim Cook to request an expedited review, an assistant replied ten minutes later promising a review within the hour, and the app is now online.

Literally translated as “I am Charlie,” the phrase voices support for freedom of speech and a refusal to be silenced by terrorists …