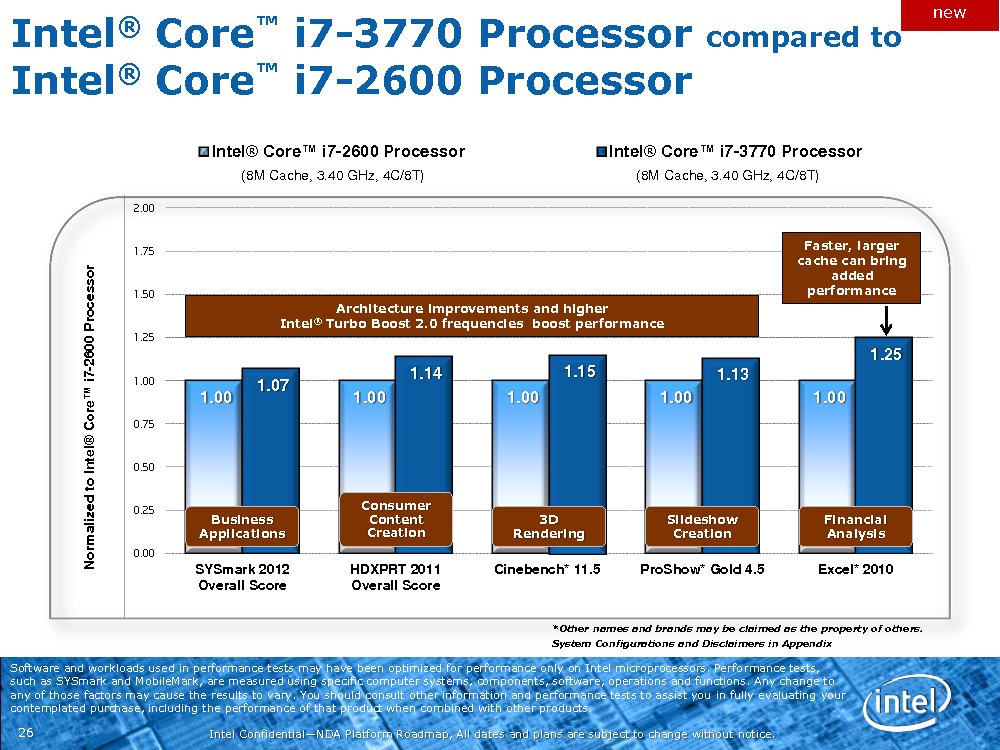 According to Taiwanese PC manufacturers (via DigiTimes), Intel is preparing to release the first round of 22nm Ivy Bridge desktop, notebook, and ultrabook CPUs around April, 8 2012.  Seventeen models are slated to be launched, but some desktop and notebook CPUs will likely replace current CPU options in next-generation iMacs and Macbooks.

The 3820QM and 3720QM i7 CPUs, detailed by DigiTimes, are candidates for a next-gen MacBook Pro. Meanwhile, quad-core Core i7 and Core i5 desktop models could land in a future iMac. Ultrabook CPUs, possibly headed to future MacBook-air-like devices are scheduled for later in the year (most likely May).

A few weeks back, a leaked roadmap for Intel’s upcoming Ivy Bridge mobile CPU lineup gave us a look into the new standard voltage M-series and ultra low voltage U-series lineups. The document shows the CPUs will probably make their way into MacBook Pros and MacBook Airs, and will most likely be available to OEMs sometime in April or May 2012. The document leaked days after a report claimed Ivy Bridge desktop processors would roll out to partners sometime in the second quarter of 2012.

The new Ivy Bridge lineup marks a significant performance increase over previous Sandy Bridge models found in current Macs. According to 3DMark Vantage GPU benchmark from Intel, there is an average 199 percent improvement in graphic intensive applications, and 25 percent overall better performance over Sandy Bridge CPUs. Improved power consumption could lead to increased battery life, while the lineup will also include OpenCl 1.1 support and DirectX 11 for more than 30 percent faster graphics performance. They could also support 4K video.