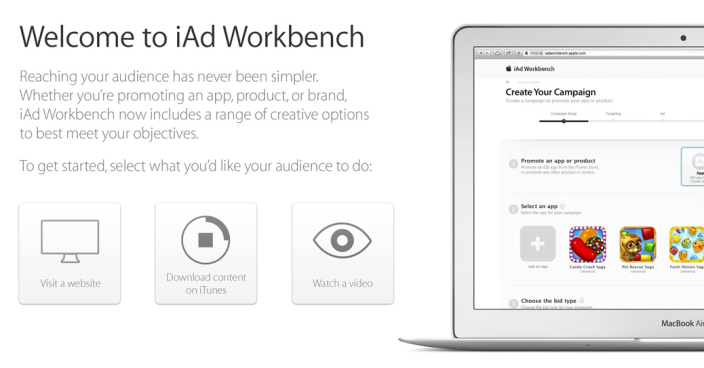 As noted in a report today from Ad Age (via MacRumors), Apple is now allowing non-developers to access and use the iAd Workbench platform.

At the onset of its mobile-ad business, Apple extended olive branches to a select group of brands, promising premier reach. But advertisers pushed back against its pricey offerings. Now, it appears Apple has concluded money in mobile ads comes from a wide net; in short, it’ll look more like Google.

Previously, iAd Workbench users had to at least be enrolled in Apple’s $99/year registered developers program, but now opening an iAd Workbench account will only require an Apple ID which is free to create with any Apple service or device. Ad Age reports that customers using iAd Workbench can choose between payment based on cost-per-click or cost-per-thousand impressions, although rates are currently not clear. END_OF_DOCUMENT_TOKEN_TO_BE_REPLACED