Report: Apple says it sucks at selling ads, will soon let publishers do the hard work but keep all the revenue 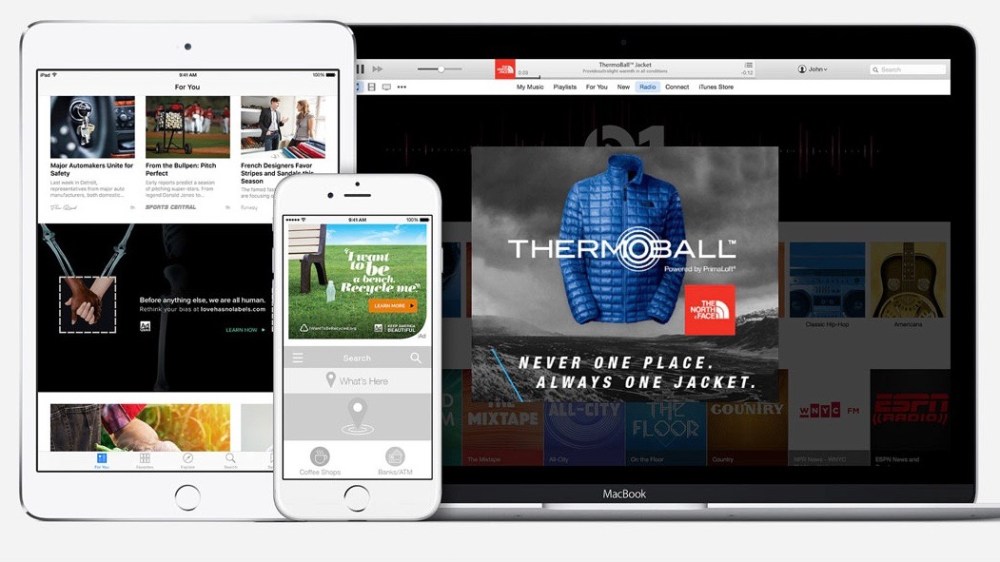 Apple’s rocky iAd advertising platform is about to see some major changes, says Buzzfeed’s John Paczkowski. According to the report, Apple plans to dismantle its iAd sales team and stop its role as a middleman between publishers and customers:

While iAd itself isn’t going anywhere, Apple’s direct involvement in the selling and creation of iAd units is ending. “It’s just not something we’re good at,” one source told BuzzFeed News. And so Apple is leaving the creation, selling, and management of iAds to the folks who do it best: the publishers.

Apple is phasing out its iAd sales force entirely and updating the iAds platform so that publishers can sell through it directly.

The big news, Buzzfeed notes, is publishers that play ball will take home 100% of the ad revenue generated rather than a 70/30 split with Apple.

END_OF_DOCUMENT_TOKEN_TO_BE_REPLACED 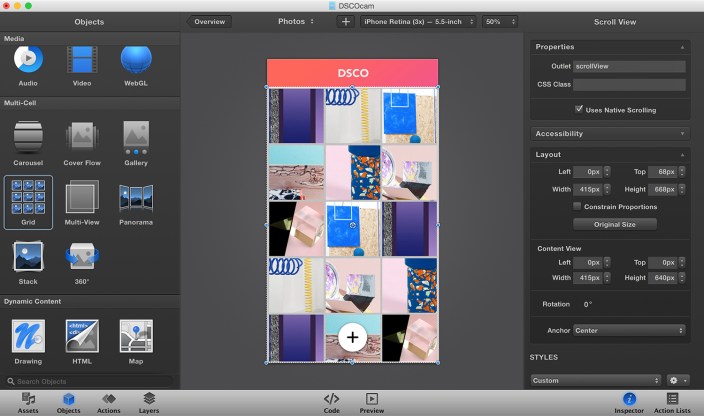 Think of it as “advanced Keynote”, or “actually accessible Interface Builder”. Alas the app is meant for not-so-popular content like iAds and iBooks widgets, but it can easily be repurposed to prototype iOS and Mac apps. It handles UI elements, screen flow, and animation really well.

Writing that iAd Producer is targeted toward creating iAds and iBook widgets, which makes it a rather underrated app considering the utility it offers, she notes that iAd Producer bases projects in “HTML5, CSS3, and javascript which a lot of designers are already familiar with.”

She goes on to explain how you can remove the default iAd UI overlays when using iAd Producer for iOS and Mac app prototyping, while explaining how the drag-and-drop nature of the app makes it easy to use.

Her write-up continues by detailing how iAd Producer incorporates animations that will be familiar to Keynote users, event triggers on objects within apps, supports CSS filters, and even previewing app designs and interactions on real devices for testing.

You can read her full blog post and see some of her work here, and grab iAd Producer from Apple’s developer center if you’re a member. Have you used iAd Producer for any interesting app prototyping or other ways that vary from iAd and iBook widget creation?

Opinion: Apple News shows that Apple wants to bolster + profit from ads, not eliminate them 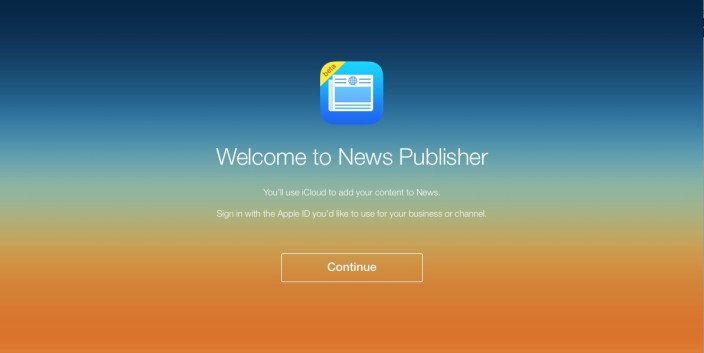 Every year, a handful of clued-in pundits start floating “wouldn’t it be nice” Apple OS ideas just before the features actually show up in Apple’s products. Right before iOS 7 debuted a flattened design, at a point when few people even knew what skeuomorphism was, pundits began to ask, “boy, doesn’t skeuomorphism stink?” Then ahead of iOS 9, when people might have wondered what new marquee features were coming to Apple’s operating systems, pundits said, “hey, wouldn’t it be nice if Apple focused on iOS and OS X stability this year?” Recently, a new topic came up just before Apple debuted the beta version of News for iOS 9: “Web advertising really sucks — wouldn’t it be great if that all went away?”

Advertising is an easy target: it’s an eyesore, slows down web pages, and — in the wrong hands — compromises your privacy. But whether you accept it or hate it, advertising is also the reason you don’t have to pay for your news. As Ben Lovejoy noted last month, “without ad revenue, 9to5Mac wouldn’t exist; it’s that simple.” And he’s right: surveys suggest that the vast majority of people do not want to pay for the news they consume, and the few who do can’t pay enough to keep their favorite publications afloat for the long term. Ads keep publications alive.

Thanks to the introduction of ad-blocking technology in iOS 9, some people think Apple wants to help users get rid of ads. But that’s not Apple’s goal. Yesterday’s debut of Apple News shows that it’s actually angling to replace the ads you know, build upon them, and take a cut of their revenue…

END_OF_DOCUMENT_TOKEN_TO_BE_REPLACED 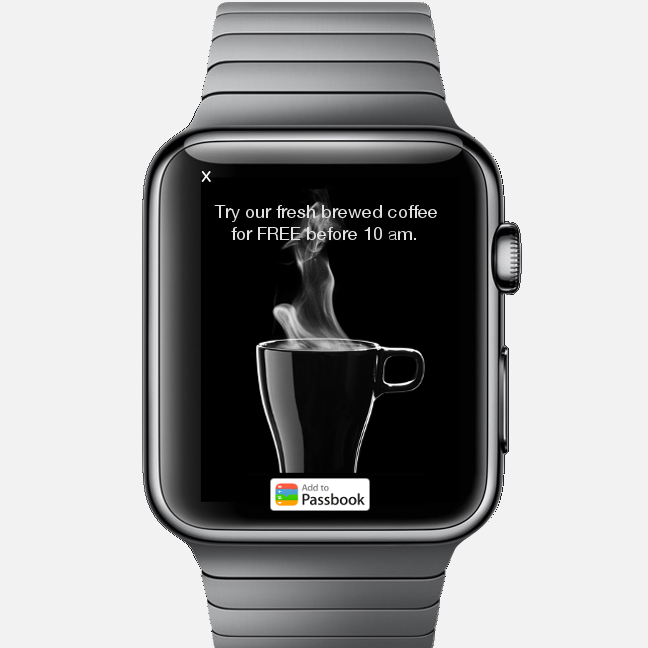 With more developers and businesses taking advantage of Bluetooth beacons for advertising to nearby iPhone users, many consumers have concerns that the experience could be intrusive from an end user’s perspective. Apple Watch, scheduled for release later this year, could potentially add to that problem if Apple decides to allow iOS apps sending info to the smartwatch to also send advertising as we come in contact with beacons. It hasn’t yet, however, provided public details about what it plans for advertising on the device.

Despite the fact that there aren’t specific references to advertising in Apple’s guidelines for app developers building features for Apple Watch, a couple companies have already announced plans to deliver ads to the device. But do they know something we don’t? Or has Apple not yet made up its mind regarding what it plans for advertising policies on the Watch ahead of a launch expected in the next couple of months?

Sources at large advertising companies tell us Apple is being very cooperative, but that the company hasn’t relayed anything in the form of final guidelines. END_OF_DOCUMENT_TOKEN_TO_BE_REPLACED 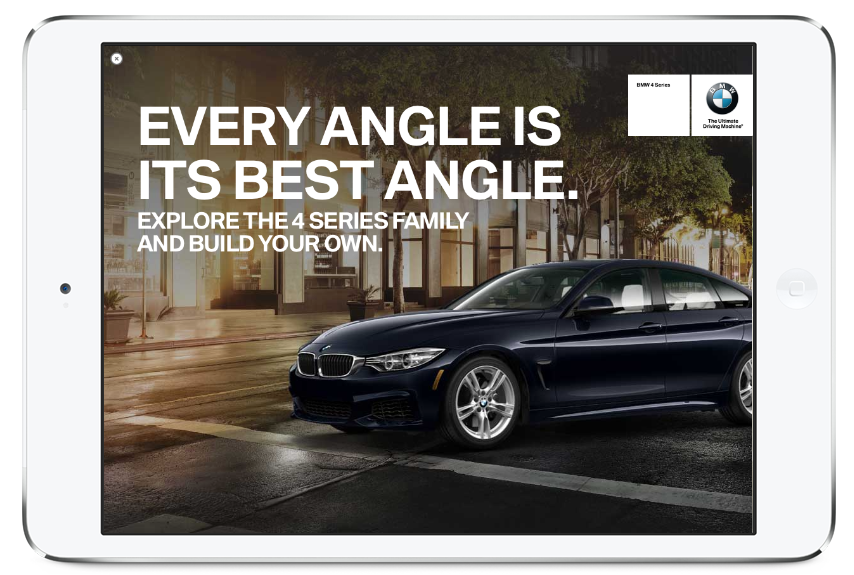 When Steve Jobs said something was going to happen, it generally did. One notable exception, though, has been Apple’s mobile advertising platform, iAd. Jobs said back in 2010 that it would grab 50% of the mobile ad market; right now, it’s sitting at just 2.6%. That may be about to change after advertising middleman Rubicon announced that automated purchasing of iAds will soon be supported …  END_OF_DOCUMENT_TOKEN_TO_BE_REPLACED

I’ve covered App.io a few times in the past. The service, which allows app devs to deploy fully useable HTML5 demo versions of their native iOS apps on the web, first launched under the name “Kickfolio” back in 2012. The goal for the company was originally to let devs bring demos of their apps to promotional webpages and it eventually expanded the platform to include Facebook and other channels. Today, and around 2 million interactive app demos later, the company is announcing that it’s bringing those same app demos directly to mobile devices as interactive ads.

The ads go a step beyond the interactive app-like experience that Apple promised, but never quite delivered, with iAd, and allows users to play a demo of the app before deciding to purchase/download or even visit the App Store at all. The ad starts off as a banner or like any other ad but turns into a demo version of a native iOS app that is fully playable for a set period of time before prompting the user to visit the App Store. The company tells me in its initial tests it saw “3-5x higher conversion rates than normal mobile ads.” END_OF_DOCUMENT_TOKEN_TO_BE_REPLACED 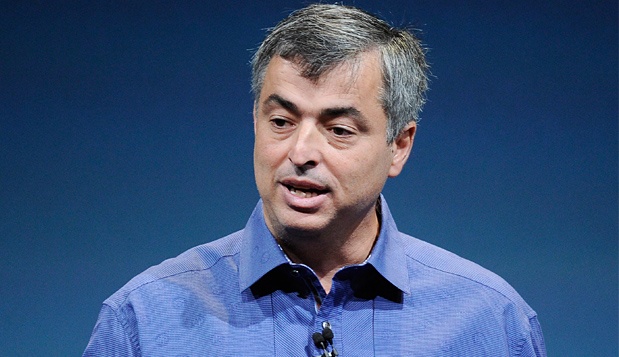 Adweek is reporting that Apple is focusing the iAd sales department almost exclusively on iTunes Radio, rather than developing its in-app ad portfolio, which is how the service originally started. According to the report, Eddy Cue told the advertising unit that iTunes Radio advertisements are a top priority, presumably as Apple is preparing to expand the music service into more countries next year.

END_OF_DOCUMENT_TOKEN_TO_BE_REPLACED 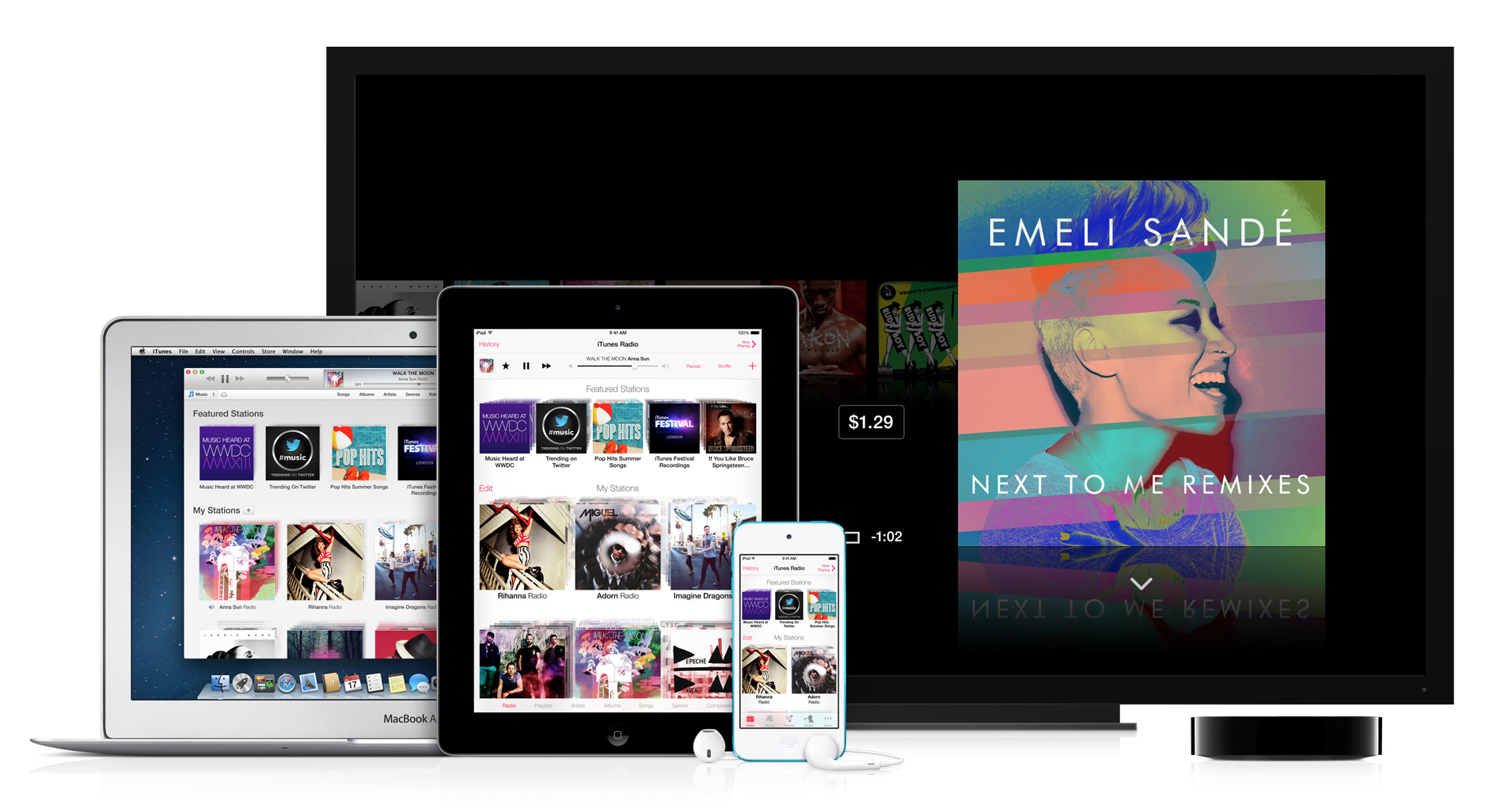 iTunes Radio, Apple’s upcoming streaming music service that will compete with services like Pandora and Spotify, will be partnering with large brands for audio and video advertisements, according to a new report by Ad Age.

The service, which will be available on all iOS devices – including the Apple TV – and every computer that can run iTunes, will be ad-free for subscribers of Apple’s $24.99/year iTunes Match service, but otherwise “users will be served an audio ad once every 15 minutes and one video ad every hour”, according to Ad Age’s sources. “The video ads will only be served to consumers at times when they are likely to be looking at their device screen, such as immediately after hitting play or choosing to skip a track.” END_OF_DOCUMENT_TOKEN_TO_BE_REPLACED 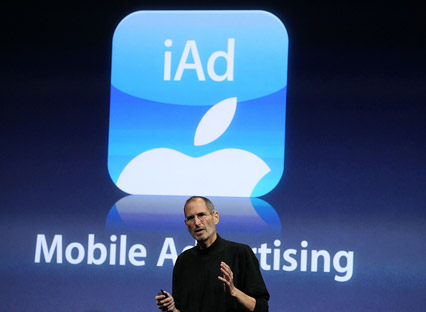 While Tim Cook didn’t seem to place too much emphasis on advertising being a core business for Apple when asked about mobile advertising during his recent D11 interview, BusinessInsider reports it has heard from sources that Apple is gearing up to launch an ad exchange service similar to recent efforts by Twitter and Facebook:

We heard it from an executive who is one of the biggest players in online advertising… an ad exchange would work by allowing advertisers to target users as they enter the Apple eco-system on their iPads, MacBooks, various web sites and apps. The system would alert advertisers that an Apple user arrived. Any advertiser tracking that user with a cookie (a piece of software that records previous web sites you’ve looked at) could then bid to serve an ad targeting that user.

When asked why Apple wasn’t making money off its mobile ad business in comparison to other companies such as Facebook, CEO Tim Cook told D11 attendees that the focus for advertising was making developers money, not Apple. Cook said the company would continue doing things in advertising only if it contributed to its developer community, but according to several execs in the advertising industry quoted in the report, Apple could have much bigger plans for its ad business in the months to come.  END_OF_DOCUMENT_TOKEN_TO_BE_REPLACED