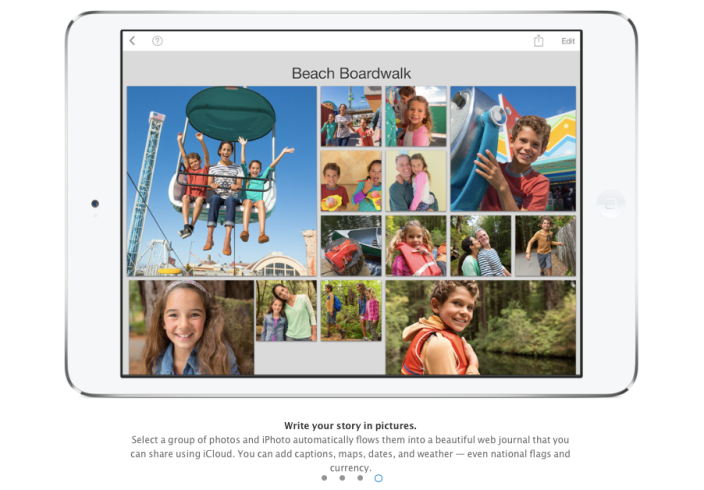 Starting in iOS 8 beta 4, which was released this past Monday to developers, Apple has begun notifying users of the soon-to-be-defunct iPhoto for iOS to migrate their iPhoto data to the totally revamped Photos app in iOS 8, as part of Apple’s new photo strategy being rolled out this fall and early next year. While photo data can be migrated out of iPhoto, Apple warns that Journals, Slideshows and Book layouts will no longer be available going forward. Right now, Apple’s “Learn More” link appears to be dead.