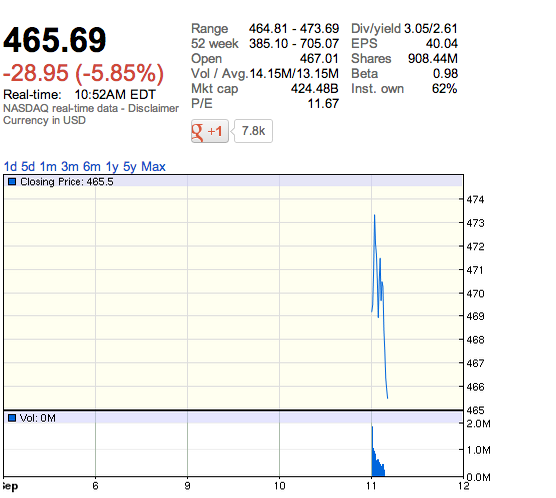 For Credit Suisse, AAPL is now considered “neutral”, down from “outperform.” Many of the analysts and financial firms were expecting the iPhone 5c to be an inexpensive model for China and other markets where phones go unsubsidized by carriers. However, the iPhone 5c was announced to be only $100 less than the flagship iPhone 5s.

Two days ago, we posted Fortune’s stock price chart that showed AAPL investors, by “conventional wisdom … buy the rumor and sell the news, but the series of stock charts … suggest the opposite.” However, yesterday’s downgrades and the resulting drop in AAPL stock price seem to abide by the conventional wisdom, as Apple never publicly announced that the iPhone 5c was going to be a low-cost or rather inexpensive model for the emerging markets, yet investors are disappointed by the company’s inability to match the rumor mill. 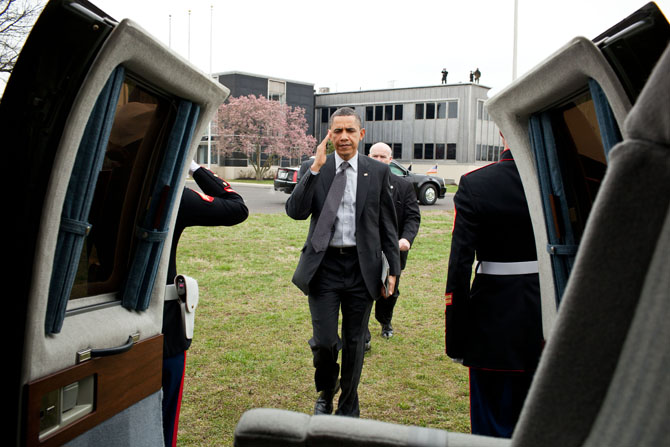 The other CEOs included in the discussions were Jamie Dimon of JPMorgan Chase, Costco’s Craig Jelinek, and Jim McNerney of Boeing. END_OF_DOCUMENT_TOKEN_TO_BE_REPLACED