Apple kicks Wikileaks app out of the App Store 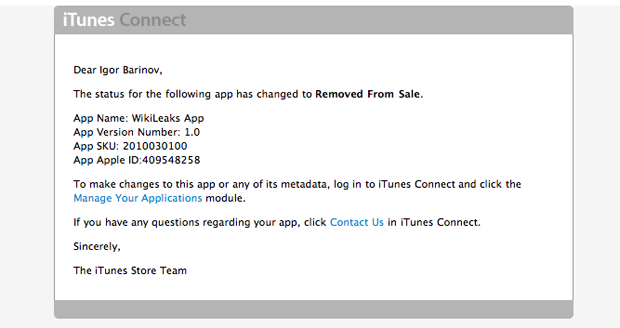 So much for Thinking Different™: Looks like Apple may have joined Amazon, Banc of America, Paypal and other corporations which have evicted Wikileaks from their servers — the briefly-available Wikileaks app for iPhone and iPad has been kicked out of the App Store.

The Time person of the year public vote-winning Julian Assange-founded Wikileaks has attracted controversy with the leak of a series of US diplomatic cables which illustrate the seamier side of international diplomacy. END_OF_DOCUMENT_TOKEN_TO_BE_REPLACED