China moves to close some of its knockoff Apple Stores

Since the original breaking of the Chinese fake Apple Stores news last week, there has been a flurry of activity.  Chinese authorities began investigating the stores over the weekend.  Chinese customers demanded refunds even though they products were real. 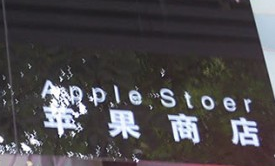 Today, Bloomberg is reporting that two of the five stores investigated have been shut down.

Chinese authorities shut two stores in Kunming that used Apple Inc.’s logo without the company’s permission because they lacked the proper business licenses, a newspaper run by the southwestern city’s government reported.

Three separate unauthorized Apple stores, which were also investigated, had operating licenses, according to the Dushi Shibao newspaper report, which was posted on the Kunming city government’s website. Officials inspected more than 300 vendors of electronic products in the city, Dushi reported.

Apple currently has four stores in China.  While that number will increase greatly over the next year, it isn’t surprising to see local businesses trying to fill the void in the interim. END_OF_DOCUMENT_TOKEN_TO_BE_REPLACED

The New York Times reports that Apple is close to approval on the Grand Central Station Apple Store that has been rumored over the past year:

When Apple proposed opening a store on the balcony overlooking the main hall, it submitted its bid in linen-lined boxes, as if it were a wedding present to transit officials, a source familiar with the application process said. The board is expected to approve the deal as early as next week, at its monthly board meeting.

(view from proposed store below – thanks Ken!) END_OF_DOCUMENT_TOKEN_TO_BE_REPLACED