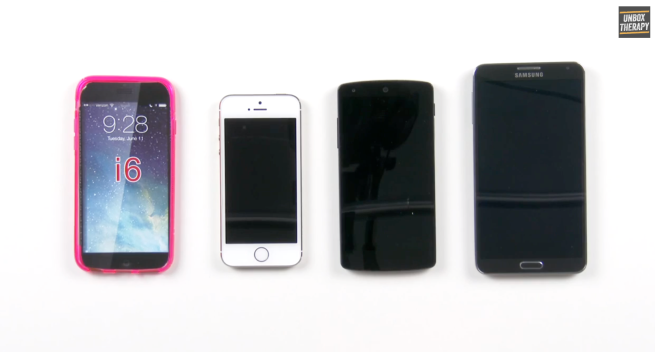 A new video published by Unbox Therapy provides a closer look at an alleged third-party case for Apple’s upcoming iPhone 6 that was recently shown off in a set of photos. The case’s design definitely falls in line with previous leaks and rumors that we’ve reported on, but could be a manufacturer’s attempt to take a risk and get ahead of the game.

The video below compares the case’s design to the iPhone 5s, Nexus 5, and Samsung Galaxy Note 3. Surprisingly, the case’s layout almost lines up perfectly with Google’s Nexus 5, which gives us a good idea of the iPhone 6’s overall form-factor if the leaked specifications used to manufacture this case are correct.