What OS X El Capitan’s license really says, according to a programmer/lawyer

We all know the features of OS X El Capitan pretty well by now: Split View multitasking, new San Francisco system font, overhauled Notes app, and smaller changes throughout. Before anyone upgrades to El Cap, however, we’re all faced with the usual scrolling wall of text that we’re asked to read and agree to before ever using OS X: the licensing agreement.

I’m guessing virtually no one reads beyond the first paragraph if even that, but Robb Schecter, a self-described programmer/lawyer, took for one the team this year and translated El Cap’s license into plain English. These 7 points tell me more than I admittedly knew before:

On Friday, a press release confirmed Apple and HTC reached a global settlement regarding two patent infringement lawsuits that would include a 10-year licensing agreement and dismiss the current lawsuits between the companies. There was no other information on the deal at the time, but today Sterne Agee analyst Shaw Wu claimed to have the specifics (via BusinessInsider):

Apple will get $6-$8 for every Android-based HTC phone sold, says Shaw Wu, an analyst at Sterne Agee… HTC sells 30-35 million Android smartphones annually, so it will generate $180-$280 million in annual revenue for Apple. Since there is no almost cost associated with that revenue, it should be pure profit. But, Apple made $41 billion in net income during its last fiscal year, so it’s not like this HTC money means much.

The Wall Street Journal also reported today that the settlement would indeed include licensing fees. 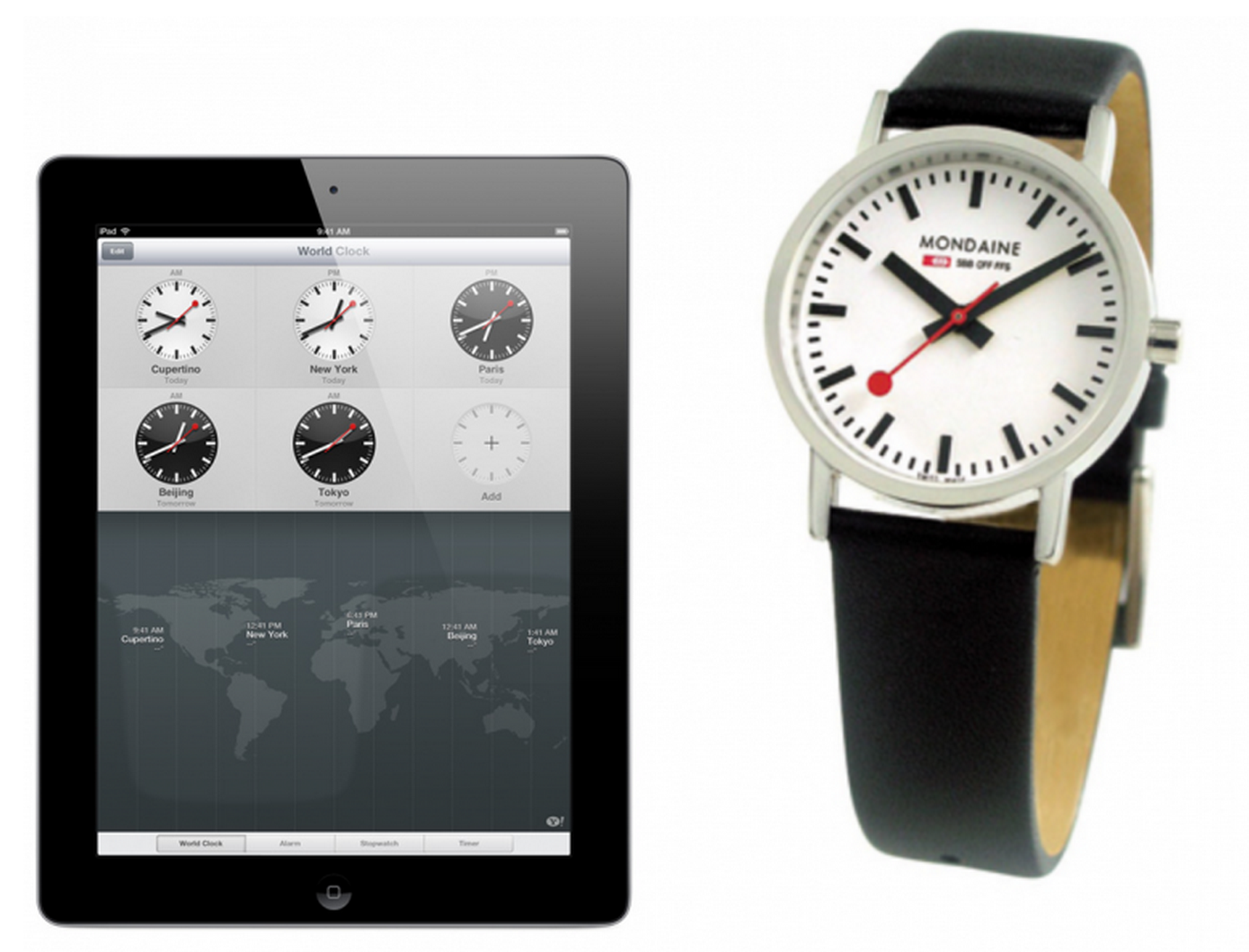 After allegations that Apple was copying the classic Swiss Railway clock design for its new Clocks app in iOS 6, Apple was expected to meet with Swiss Federal Railways SBB to presumably find some sort of resolution. SBB made an official announcement on its website (via TheVerge) today, claiming it has reached an agreement with Apple:

The Swiss Federal Railways SBB and Apple have reached an agreement on the use of the SBB station clock on devices like iPad and iPhone. That the two parties have governed in a license agreement.

Swiss Federal Railways is not disclosing how much the agreement is for, but it said Apple has agreed to its licensing terms for use of the Hans Hilfiker designed railway station clock design. There is also no word how this might affect Mondaine, the watchmaker that currently has rights to the design for its watch faces, but it looks like Apple won’t have an issue using the design in iOS: END_OF_DOCUMENT_TOKEN_TO_BE_REPLACED