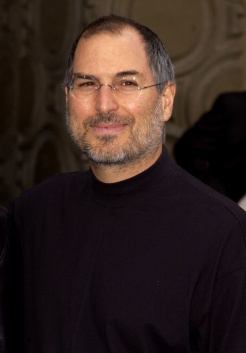 The Recording Academy announced today the recipients of its 2012 Special Merit Awards. Among the Lifetime Achievement Award recipients were the Allman Brothers Band and Diana Ross. Steve Jobs was honored with this year’s Trustees Award for “outstanding contributions to the industry in a nonperforming capacity.”

The ceremony will be held on Feb. 11 during Grammy Week, and the recipients will be acknowledged at this year’s “54th Annual Grammy Awards” telecast on Feb. 12 at 8 p.m. ET on CBS.

Apple also won a technical Grammy in 2002 for “contributions of outstanding technical significance to the recording field.”  In October, following the passing of Steve Jobs, The Recording Academy released this statement highlighting Steve’s significant contributions to the industry: