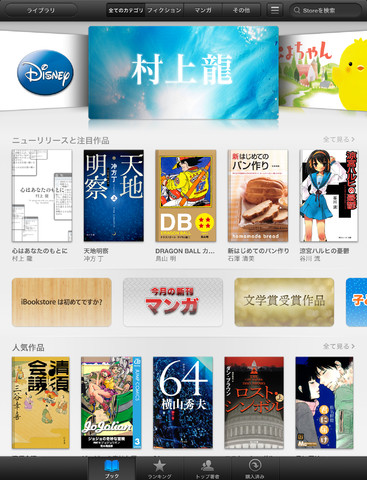 The iBookstore in Japan now has hundreds of thousands of books available for purchase, including fiction,
manga, light novels and more.  This version of iBooks also includes a number of improvements for reading
Asian language books.

iBooks 3.1 is available to download on the App Store now. END_OF_DOCUMENT_TOKEN_TO_BE_REPLACED