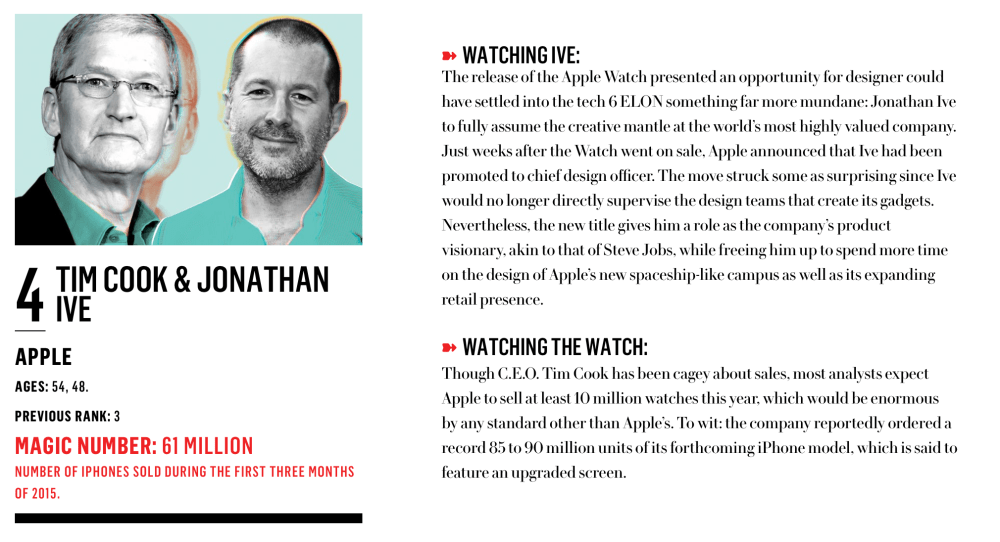 Vanity Fair has published a new 2015 list of ‘The New Establishment’, where reporters rank the most important visionaries in business and culture. Although Mark Zuckerberg takes the top spot in the Disrupters category, Tim Cook and Jony Ive get listed at the 4th spot.

This is down from their previous rank of number three in last year’s 2014 list. In the accompanying blurb, Variety singles out Ive as Apple’s new front-runner using the Watch to become the “creative mantle at the world’s most highly valued company”.

END_OF_DOCUMENT_TOKEN_TO_BE_REPLACED

Popular Twitter client Tweetbot 3 has received an expected 3.1 update with many enhancements. In our review of the application, we noted that it has a great new interface over Tweetbot 2, but it lacked a couple of features from the older version: the ability to adjust the text size independently of iOS’s new system-wide text size setting, lists in the central timeline view, and a right swipe gesture. All three of those features have returned in Tweetbot 3.1, and the new right-swipe gesture can be set to quickly reply to, favorite, or retweet a Tweet…

END_OF_DOCUMENT_TOKEN_TO_BE_REPLACED 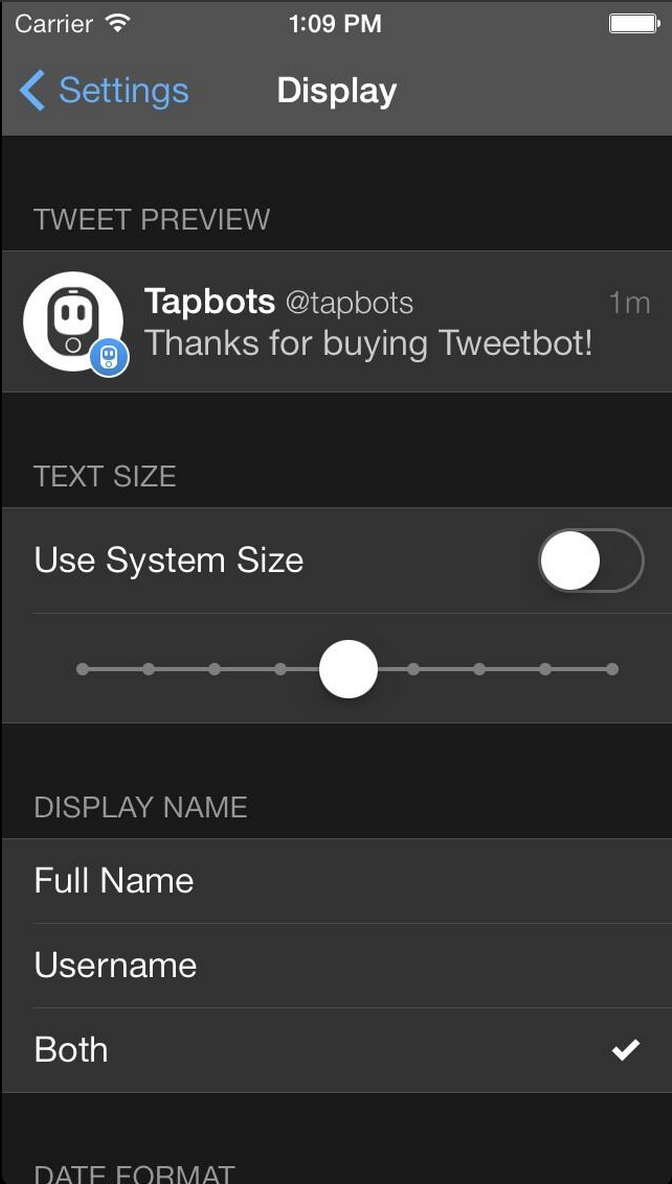 After an all-new Tweetbot Twitter client from developer Tapbots arrived last week as version 3, it wasn’t long before the app became the top paid app in many countries around the world. As with any redesign of a popular app, some users have been asking about what features that were removed during the redesign could possibly return in future updates. Today Tapbots shared a couple new features that will be arriving in version 3.1, including the ability to use lists as your timeline and swipe to reply, favorite, or RT:

While there is no timeframe on when version 3.1 might be arriving other than “coming soon”, the developers previously said that new adjustable font settings (pictured in the screenshot above), a nighttime theme, an iPad redesign, and new swiping gestures are all in the plans for future releases.

You can read our full review of Tweetbot 3.0 for iPhone here.