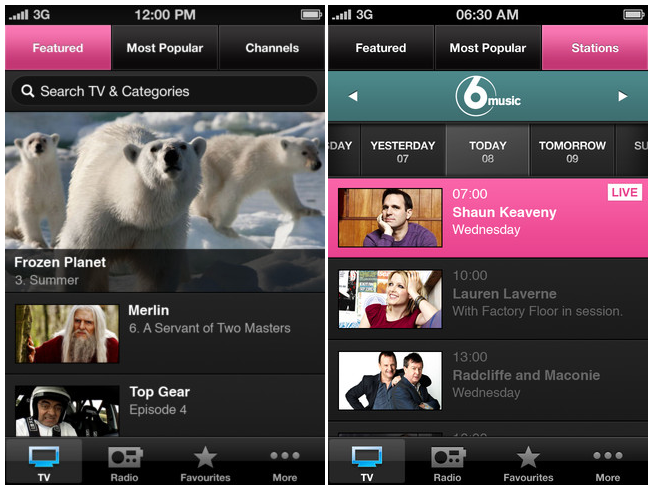 We heard at the beginning of the month that BBC’s iPlayer iPad app would be getting an iPhone and iPod touch version in the coming weeks and today the app has officially landed for UK users. To accompany the release, the app will also be able to stream content over all 3G networks and now officially supports AirPlay on iOS 5.

The company’s blog post notes a ‘Live Channels’ feature will allow you to quickly switch between BBC channels just like on radio and TV, and all BBC national radio stations support background audio for multitasking. They have also made improvements to streaming by introducing HTTP Live Streaming using adaptive bitrate technologies, allowing the app to adjust your streaming quality based on your connection speed. The web version of the app accessible at bbc.co.uk/iplayer will also soon get 3G streaming capabilities.   END_OF_DOCUMENT_TOKEN_TO_BE_REPLACED