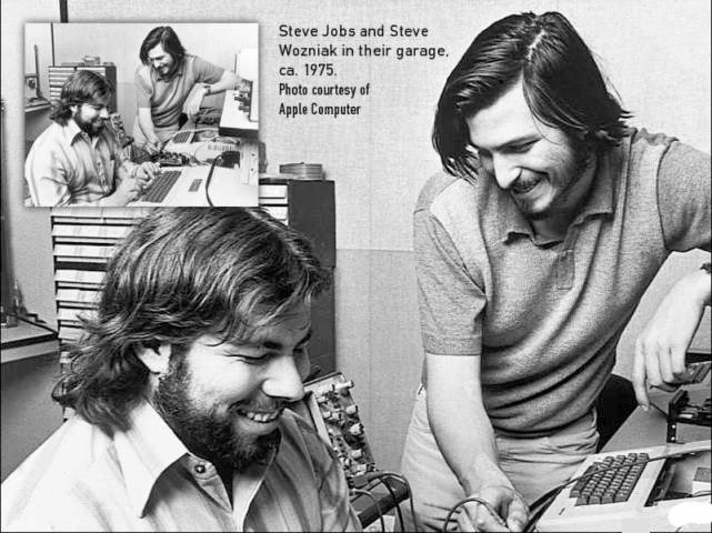 Newsweek reporter Dan Lyons recently interviewed Apple co-founder Steve Wozniak, and Apple employee #6, Randy Wigginton, following the passing of Steve Jobs. In much of the interviews Wozniak and Wigginton recall early stories of Apple’s garage days that you’ve probably heard versions of, but the men also offer a few interesting insights into their relationships with Steve when Apple was still in its infancy.

When asked if he had ever had a falling out with Jobs, Wozniak remembered a story regarding  him leaving the company in 1985 leading Jobs to confront Wozniak’s new partners:

“The closest thing we ever had to an argument was when I left in 1985 to start a company to build a universal remote control. I went to Frog Design to do the design. Steve dropped in there one day and he saw what they were designing for me and he threw it against the wall and said they could not do any work for me. “Anything you do for Woz, belongs to me.” I was on my own, but I was still friendly with Apple. But Steve had a burst-out there. The people at Frog told me about it. That was the only time there was ever a fight between us, but it wasn’t actually between us. Nobody has ever seen us having an argument.”

Wigginton, who started writing software at Apple when he was 14, thinks back to when Jobs called all of Woz’s friends to ask them to convince Woz to leave HP and start Apple:

“They got along but it was funny. It was more like Woz would put up with Jobs. Jobs would bug him to get stuff done. I’ll never forget the night Jobs called all of Woz’s friends and wanted us to call Woz and tell him to quit HP and start Apple. Woz wanted to stay at HP. So we did it. Until that point, Woz was undecided.”

Wozniak also confirms the legendary story of Jobs cheating him out of money on Atari bonuses:
END_OF_DOCUMENT_TOKEN_TO_BE_REPLACED