One 'MacBook Pro discount' story May 2013
See All Stories 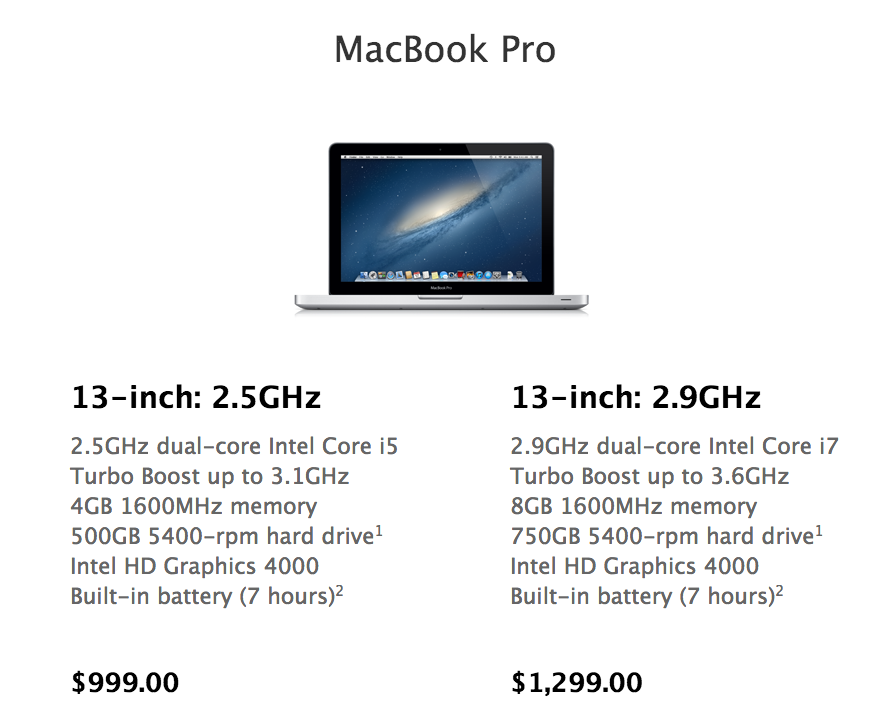 Apple is making quite a few quiet announcements today. Earlier it introduced a new stripped down $229 fifth-gen iPod touch to replace the fourth-gen touch and also announced 100M iPod touches sold to date. Apple has also now made a change to its education pricing on non Retina MacBook Pros by dropping the $1099 entry level price point to $999. That makes the price of the device $200 cheaper than Apple charges to non education customers.

Apple has not yet made an official announcement, but several 9to5 readers noticed the pricing change early this morning. The second up 2.9GHz MacBook Pro is also now selling for $1,299 ($200 off retail compared to the $100 off most models are available for).

While the new pricing is of course only available to those that qualify for an education discount, we’ve been seeing the same deal pop up on 9to5Toys quite frequently.