One 'macintosh sales' story May 2013
See All Stories 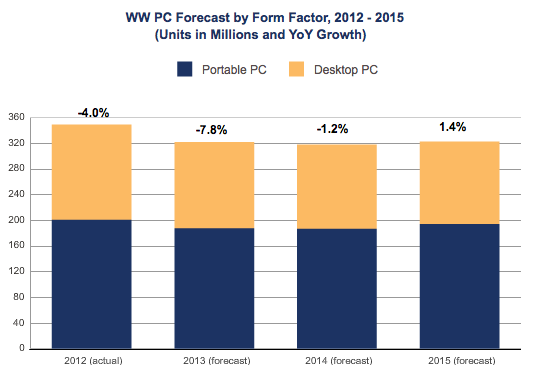 With the PC market on track to see negative growth for the second year in a row, IDC predicts we’ll see more tablet shipments than portable computer shipments this year. More importantly, IDC predicts that 2015 will mark the first year tablets will outsell both notebook and desktop computers.

While Apple has been at the forefront of the tablet revolution, the current market expansion has been increasingly fueled by low-cost Android devices. In 2013, the worldwide average selling price (ASP) for tablets is expected to decline -10.8% to $381. In comparison, the ASP of a PC in 2013 is nearly double that at $635. IDC expects tablet prices to decline further, which will allow vendors to deliver a viable computing experience into the hands of many more people at price points the PC industry has strived to meet for years.