Skip the space gray Magic Trackpad 2 with your iMac Pro? Here’s how to fix that

A few weeks ago I purchased a base model iMac Pro in store, so of course it came without a space gray Magic Trackpad 2. In my excitement to get the new machine, I totally forgot about the Magic Trackpad 2, and it didn’t fully dawn on me until later that there was no real way to acquire one from Apple after purchase.

In fact, Apple explicitly states on its website that space gray accessories [including the Magic Trackpad 2] are available only at the time of your iMac Pro purchase. So what’s a person who bought an iMac Pro without a Magic Trackpad 2 supposed to do? Does it mean that you’ll have to go through the annoying process of returning it and buying it again online in order to get one? Apple’s excellent customer support may be able to help… END_OF_DOCUMENT_TOKEN_TO_BE_REPLACED 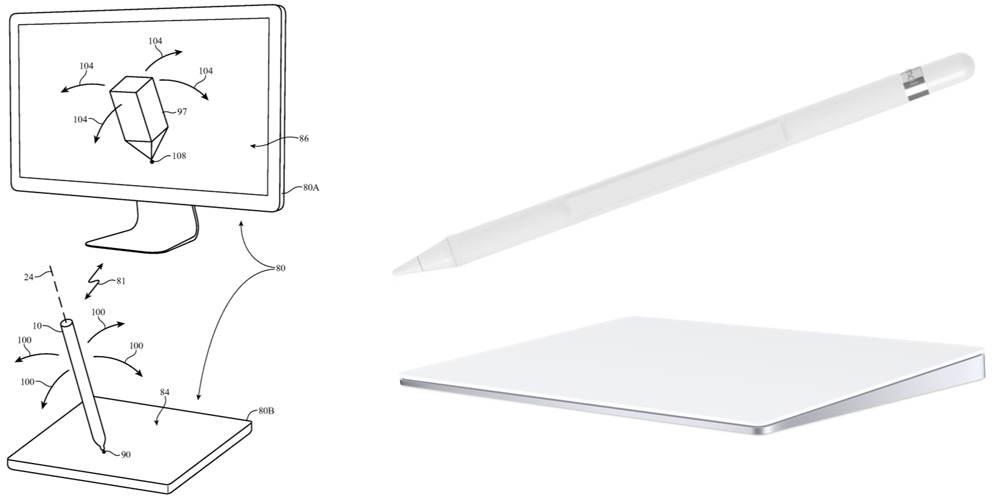 A patent published today suggests that Apple may have plans to allow the Apple Pencil to be used with Mac trackpads as well as the two iPad Pro models.

The patent was originally filed in 2014, when Apple referred to the Apple Pencil as ‘the stylus.’ Much of the text focuses on use of the stylus with a ‘touch screen display’ (aka an iPad), but several of the drawings show what appear to be a trackpad and iMac …

END_OF_DOCUMENT_TOKEN_TO_BE_REPLACED 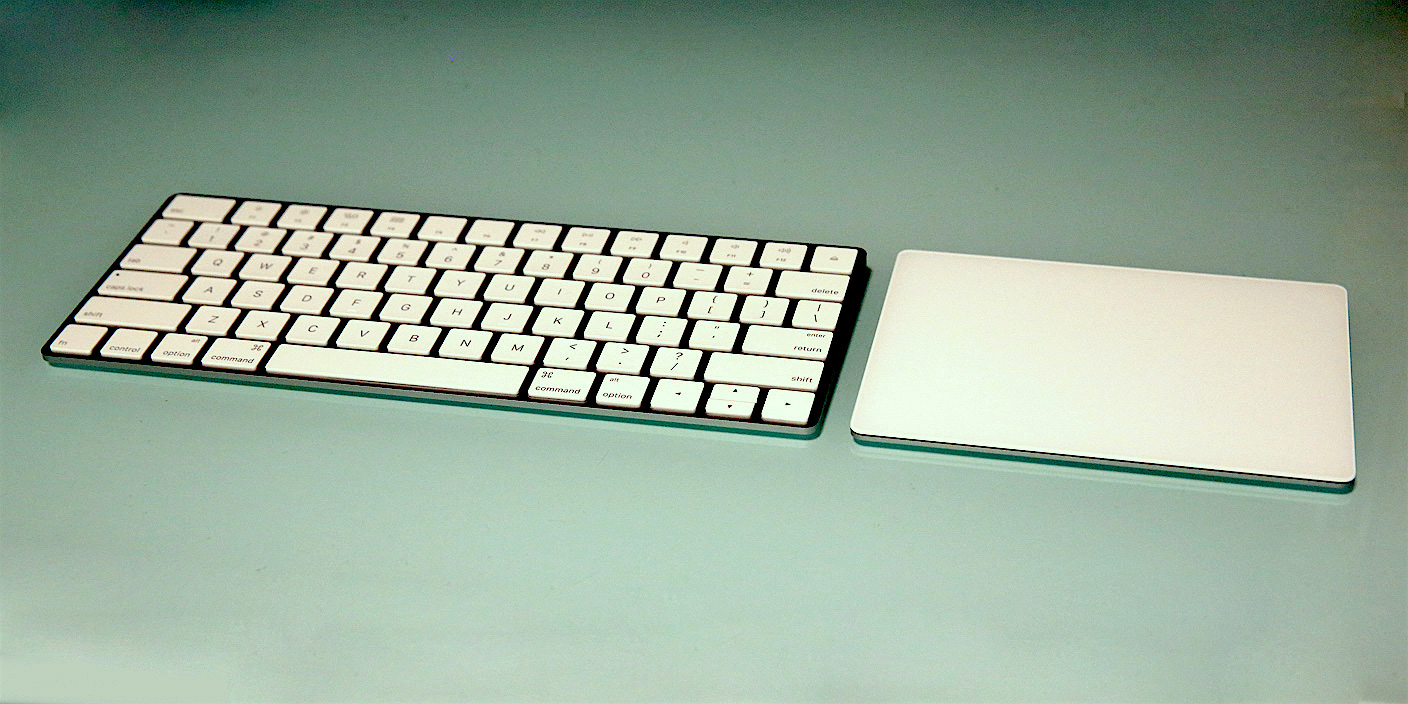 I’ve been waiting for Apple to update the 2007-vintage Apple Wireless Keyboard and 2010 Magic Trackpad since the first time OS X displayed a “low battery” notification — since then, I’ve had years of near-daily pop-up reminders that either my keyboard or my trackpad (both fueled by Apple’s official Battery Charger, no less) were supposedly running low on power. Although I preferred the minimalism of a wire-free desk, I reluctantly switched back to Apple’s old but still excellent Wired Keyboard to cut “low battery” notices in half, hoping that Apple would leverage 5+ years of Bluetooth and battery improvements to produce better wireless input accessories.

Last week, Apple finally released sequels to its three major input devices: the new Magic Keyboard ($99) replaces the $69 Wireless Keyboard, the Magic Mouse 2 ($79) updates the $59 Magic Mouse, and the Magic Trackpad 2 ($129) vaults over the $69 Magic Trackpad. The signature improvement to each is the replacement of AA batteries with integrated Lithium-Ion rechargeable cells, refueled once per month with an included Lightning cable — previously only used for iPad, iPhone, and iPod accessories. Apple also tweaked each of the accessory designs, one more significantly than the others.

Having given up mice five years ago (and radically improved a carpal tunnel-damaged wrist in the process), I opted not to test the Magic Mouse 2, but my colleague Dom Esposito discusses it and the other Magic accessories in the video below. My review is focused on the Magic Keyboard and Magic Trackpad 2, neither of which I’d call “must-have” accessories, though each has a couple of worthwhile assets, and at least one surprising Apple device compatibility limitation. Should you buy Apple’s latest accessories, or go with excellent third-party alternatives such as Logitech’s K811 Keyboard and Rechargeable Trackpad for Mac instead?… (Updated November 2015 and December 2015 with new battery testing results.)

END_OF_DOCUMENT_TOKEN_TO_BE_REPLACED 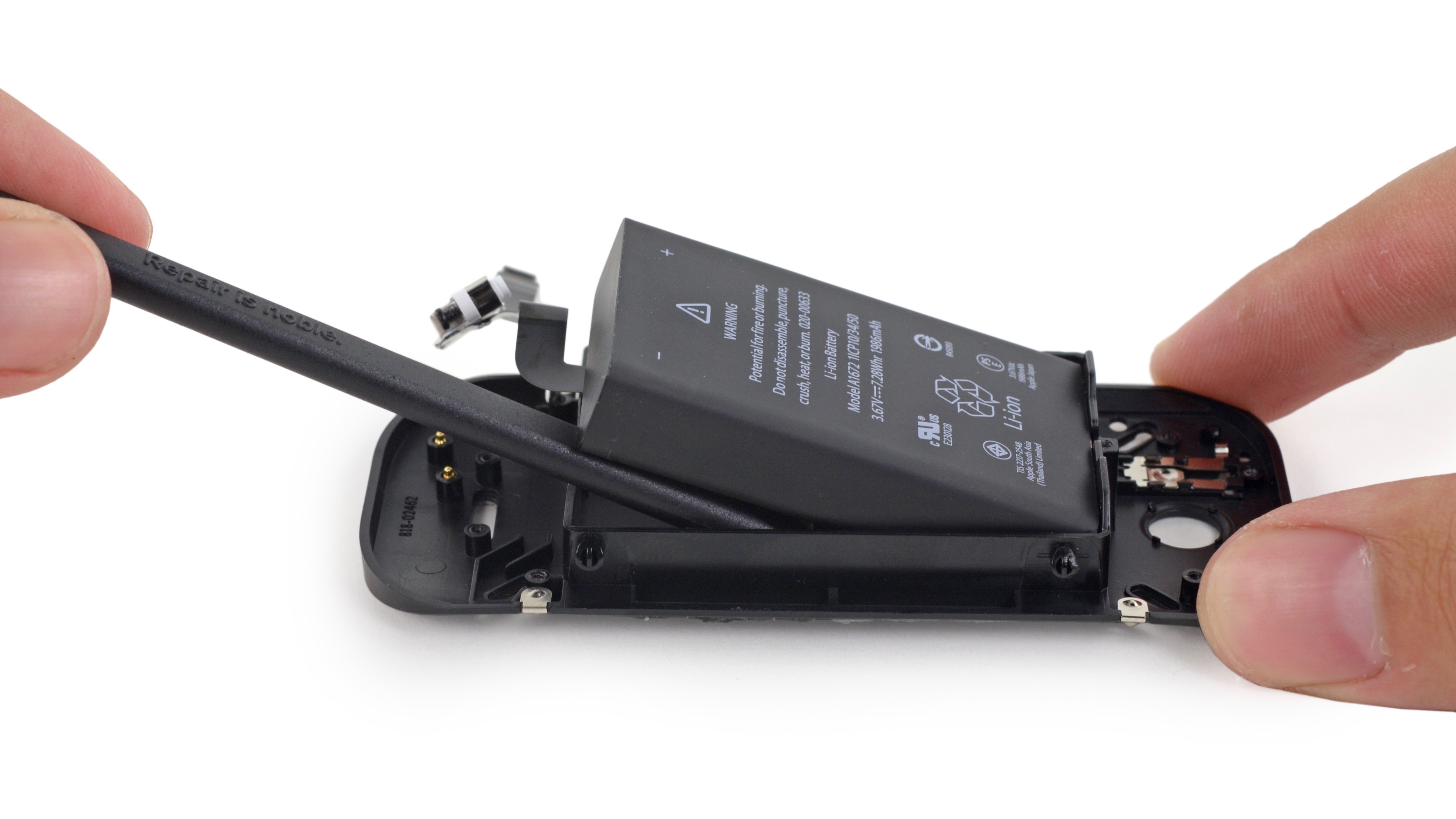 Apple debuted new versions of its Mac peripherals on Tuesday with the Magic Mouse 2, Magic Keyboard, and Magic Trackpad 2, replacing the aging AA battery-powered predecessors with versions that use Lightning cables to recharge built-in batteries. We’ve already seen hands-on unboxings for anyone interested but not curious enough to dish out the $330 total for all the new Magic gear, and now iFixit has followed up with the usual teardown and repairability analysis for each new Apple accessory. END_OF_DOCUMENT_TOKEN_TO_BE_REPLACED 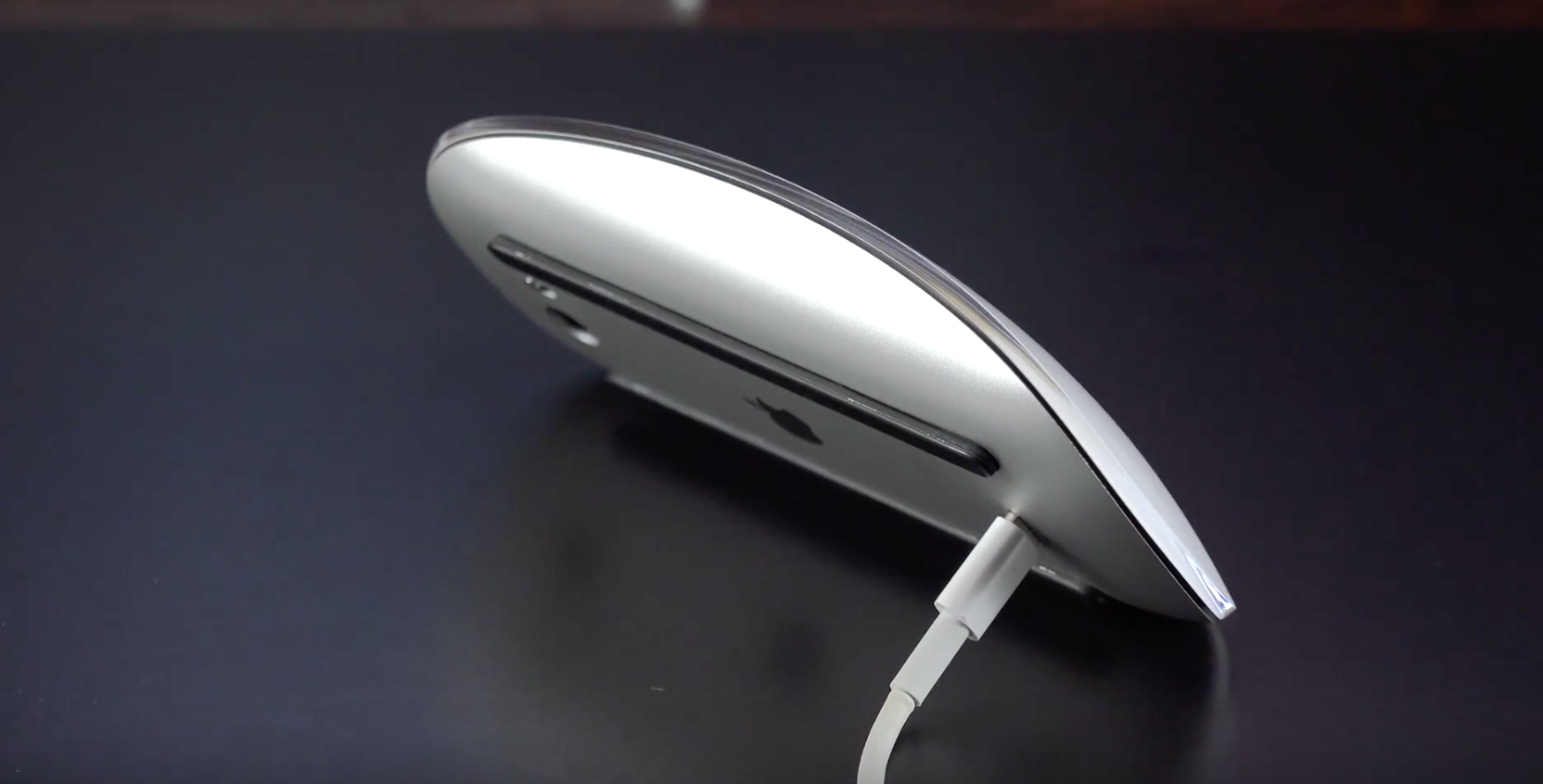 Update: YouTuber DetroitBORG has now shared a video of Apple’s new Magic Keyboard, as well. You can view his review, hands-on, and unboxing below.

As an aside to today’s release of new Retina iMacs, Apple granted an atypically personnel-driven set of interviews to Steven Levy of Backchannel. Levy spoke with Apple marketing chief Phil Schiller and several members of the company’s Input Design Lab, notably discussing several topics of interest to Mac and iPad users: END_OF_DOCUMENT_TOKEN_TO_BE_REPLACED 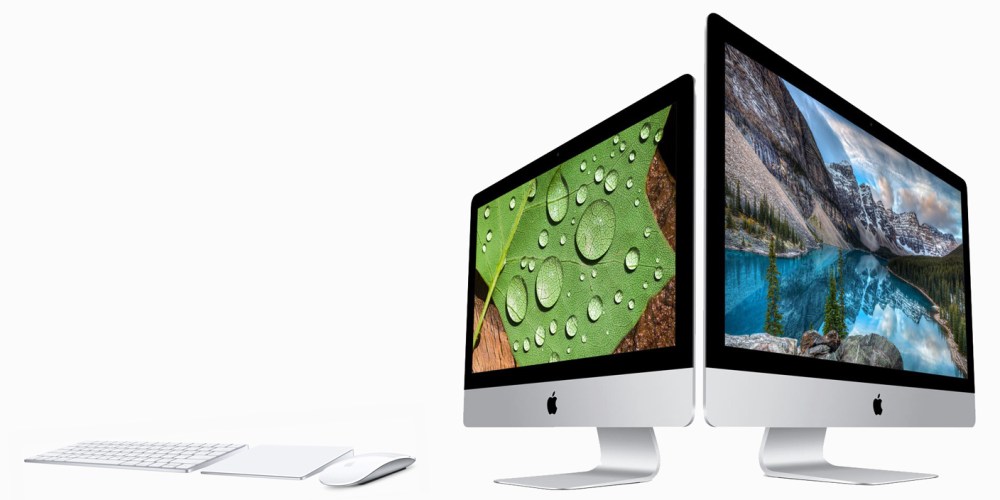 Apple fulfilled three of my “minor-level” Mac dreams today, announcing (very) long-awaited updates to its 2007-vintage Wireless Keyboard and 2010 Magic Trackpad — accessories I’ve used and mostly loved for years — and a non-trivial update to the Retina 5K iMac it released last year. It also unveiled a sequel to its 2009 Magic Mouse, and a Retina 4K version of the 21.5″ iMac. Yes, it’s easy to call these releases “inevitable” in the sense that we’ve known all of them were coming for a while now, but some of the details were surprising.

Who would have thought that the Magic Trackpad 2, for instance, would be Apple’s first Bluetooth 4-only Mac accessory? That the iOS Lightning connector would make its way into Mac accessories? Or that the Retina 5K iMac would receive a significant screen quality upgrade after only one year?

Each of these products reaffirms Apple’s commitment to a premium experience, and demonstrates that Steve Jobs’ theories about the inevitable march of progress remain part of the company’s DNA. Read on for my product-specific thoughts….

END_OF_DOCUMENT_TOKEN_TO_BE_REPLACED

Alongside today’s expected new iMac updates, Apple has announced a trio of new input devices for desktops: the Magic Trackpad 2, Magic Mouse 2, and Magic Keyboard. The new keyboard and trackpad have an updated design to accommodate improved keys on the keyboard and Force Touch on the trackpad, while the mouse has been redesigned internally. All three devices work on rechargeable lithium-ion batteries that juice up via a standard USB Lightning cable: