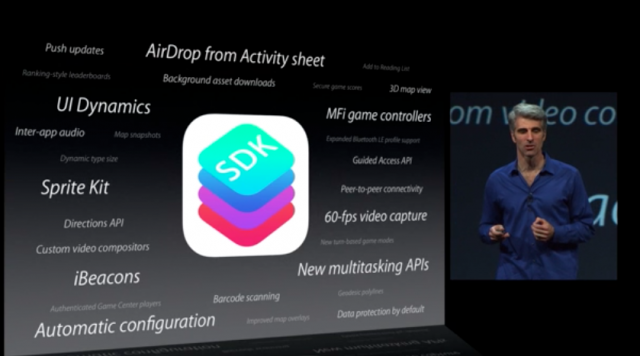 We’ve reported on a number of big improvements coming to iOS 7 for both app developers and accessory manufacturers already. Yesterday we reported first on the new blinking and smiling detection features available to camera and photo app developers, and earlier this month told you about some of the new Bluetooth related APIs coming this fall.

We previously walked you through some of the new APIs and features for gamers, but there is still a lot more coming to third-party app developers in iOS 7. A few big improvements: a text to speech API, background downloads for in-app content, motion effects, 3D maps, and much more.

Head below for details on some of the more notable new APIs available for developers to take advantage of in iOS 7: END_OF_DOCUMENT_TOKEN_TO_BE_REPLACED