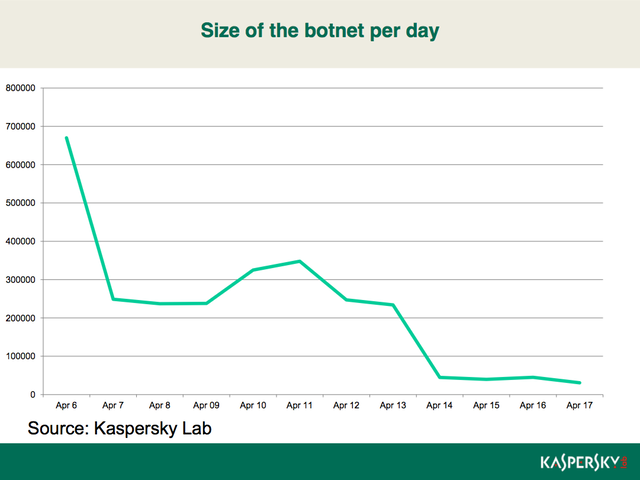 As of yesterday, security company Symantec released a statement claiming there were still 140,000 Macs infected from the recent Flashback malware outbreak that originally infected an estimated 600,000 Mac users. That was despite Apple issuing a Java security update to remove the malware. Today, security researchers from Kaspersky said during a press conference (via Ars Technica) that it estimated infections dropped to 30,000, while still warning more “mass-malware” on OS X is on the way:

Kaspersky also clarified that much of the Flashback infections were spread through trusted WordPress websites that have been hijacked rather than through malicious downloaded files as many assume. Ars explained:
END_OF_DOCUMENT_TOKEN_TO_BE_REPLACED