Apple first unveiled its Health application and associated HealthKit framework during WWDC earlier this year with a quote from Dr. John H. Noseworthy, CEO of the Mayo Clinic, a development partner for the iOS Health platform. Now a new report from the Star Tribune claims that the Mayo Clinic will have a role in revealing the next-generation health capabilities of an upcoming device at tomorrow’s event.

It’s not yet clear whether this will happen during a look at iOS 8 or during the preview of Apple’s first wearable device and its health-tracking capabilities. Apple is expected to give details about both during the event, along with two new versions of the iPhone.

The Nikkei Asian Review is reporting that Apple will launch its iWatch in October, rather than alongside the iPhone 6 in September as has been widely expected. It’s also citing unnamed “industry sources” as saying that the watch will have a curved, OLED touchscreen and that Apple is planning on producing 3-5M units a month.

According to a parts manufacturer, it plans monthly commercial output of about 3-5 million units, which exceeds the total global sales of watch-like devices last year. This confidence is backed by its partnerships with high-profile hospitals — it has teamed up with the Mayo Clinic and the Cleveland Clinic …

END_OF_DOCUMENT_TOKEN_TO_BE_REPLACED 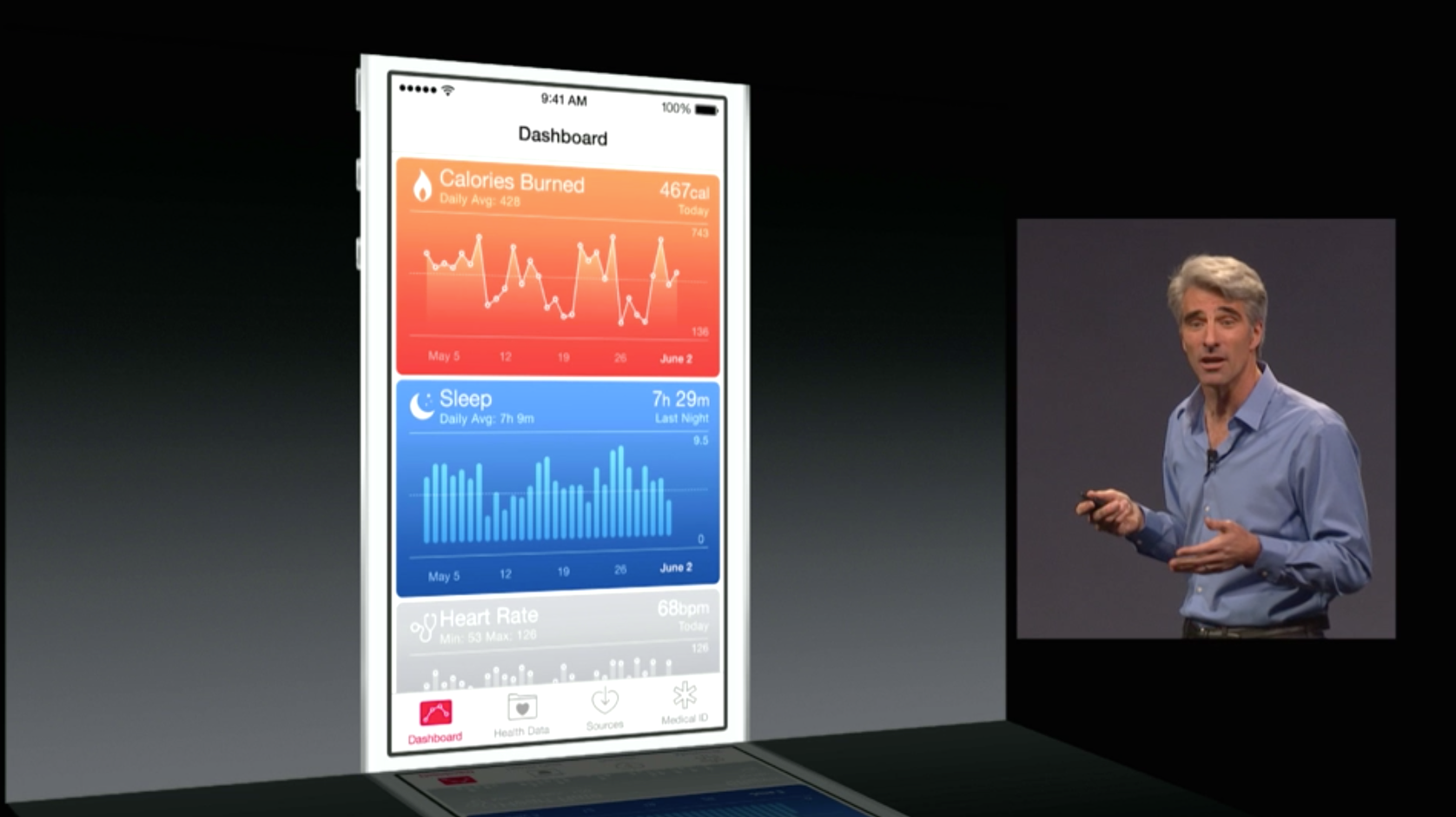 Whenever Apple introduces a new feature baked into iOS that was previously a domain ruled by third-party apps like its new HealthKit platform and Health app in iOS 8, questions inevitably come up about how it will impact other developers and competing platforms. That’s why we were interested in finding out how some of the top fitness and health app developers and accessory makers are reacting to Apple’s HealthKit announcement.

We reached out to some of the big names in the health and fitness app world, as well as companies like Withings and iHealth that sell iOS-connected health and medical accessories such as blood pressure monitors through Apple stores. Not only did all of the companies we spoke with— RunKeeper, Withings, Strava, and iHealth— confirm they are already planning integration with their ecosystems, they also talked about how having one central location for users to manage health and fitness data will indeed be a good thing for the business.

RunKeeper CEO Jason Jacobs told me he’s excited that Apple is bringing “some of the other key players in the ecosystem (doctors, EMRs, etc) into the discussion” and confirmed both his RunKeeper and Breeze app will soon support Healthkit. Others are also excited for integration with the medical industry that currently uses a highly fragmented record keeping system for health data.

Here’s what they had to say: END_OF_DOCUMENT_TOKEN_TO_BE_REPLACED