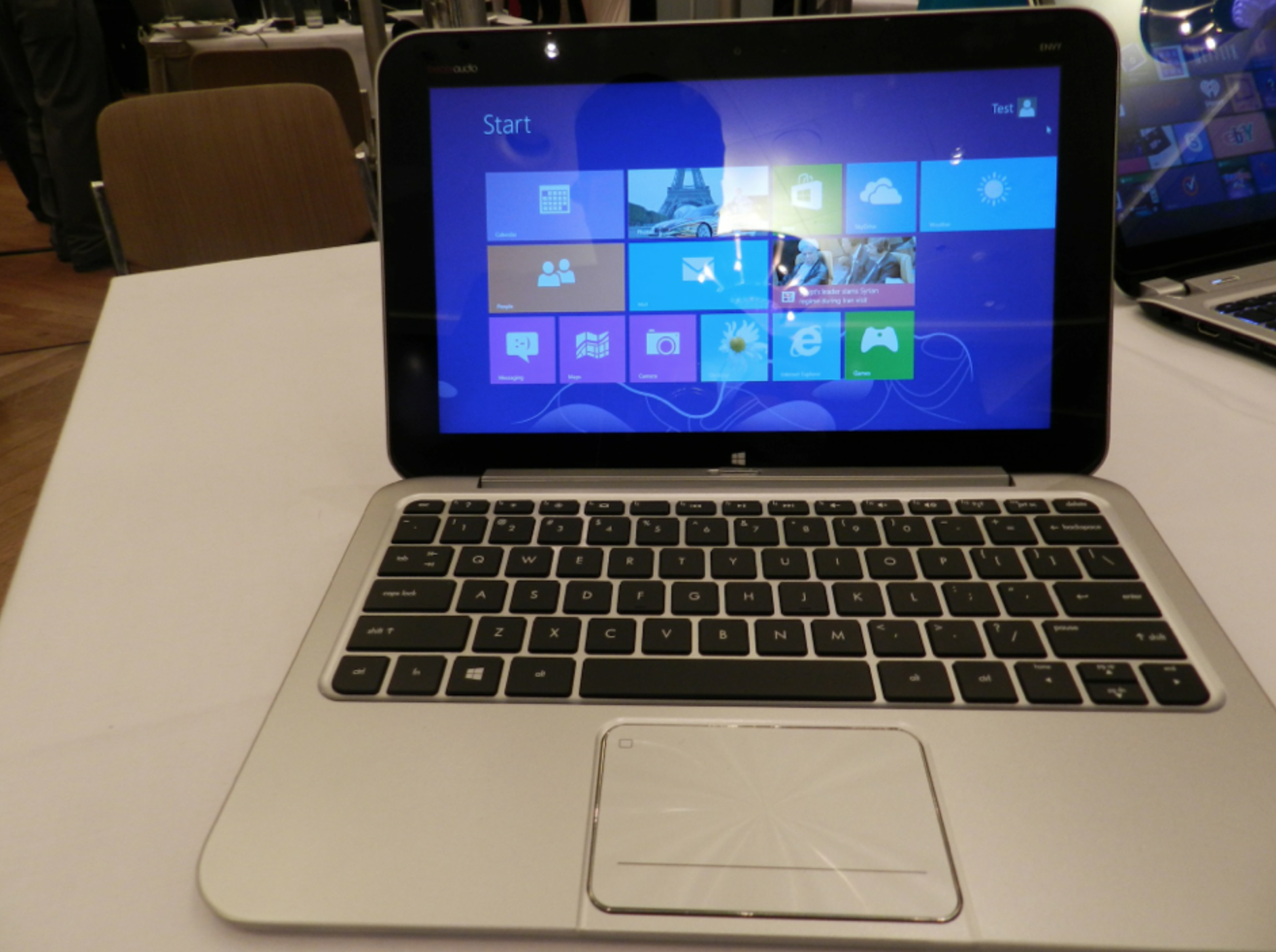 The Wall Street Journal has a story today on HP CEO Meg Whitman “taking a cue from Apple” and planning to release a redesigned line of PCs that could one day rival Apple. While mentioning the “brick” of a company laptop she received when taking over as CEO in September 2011, Whitman discussed the company’s struggle to keep up with Apple’s product design:

As part of her plan, Ms. Whitman is counting on better-looking PCs, hoping her company might one day rival Apple Inc. as the industry’s standard bearer for sleek design…”I don’t think we kept up with the innovation,” said the 56-year-old CEO. “The whole market has moved to something that is more beautiful… Apple taught us that design really matters,” she said. “I think we’ve made a lot of progress.” 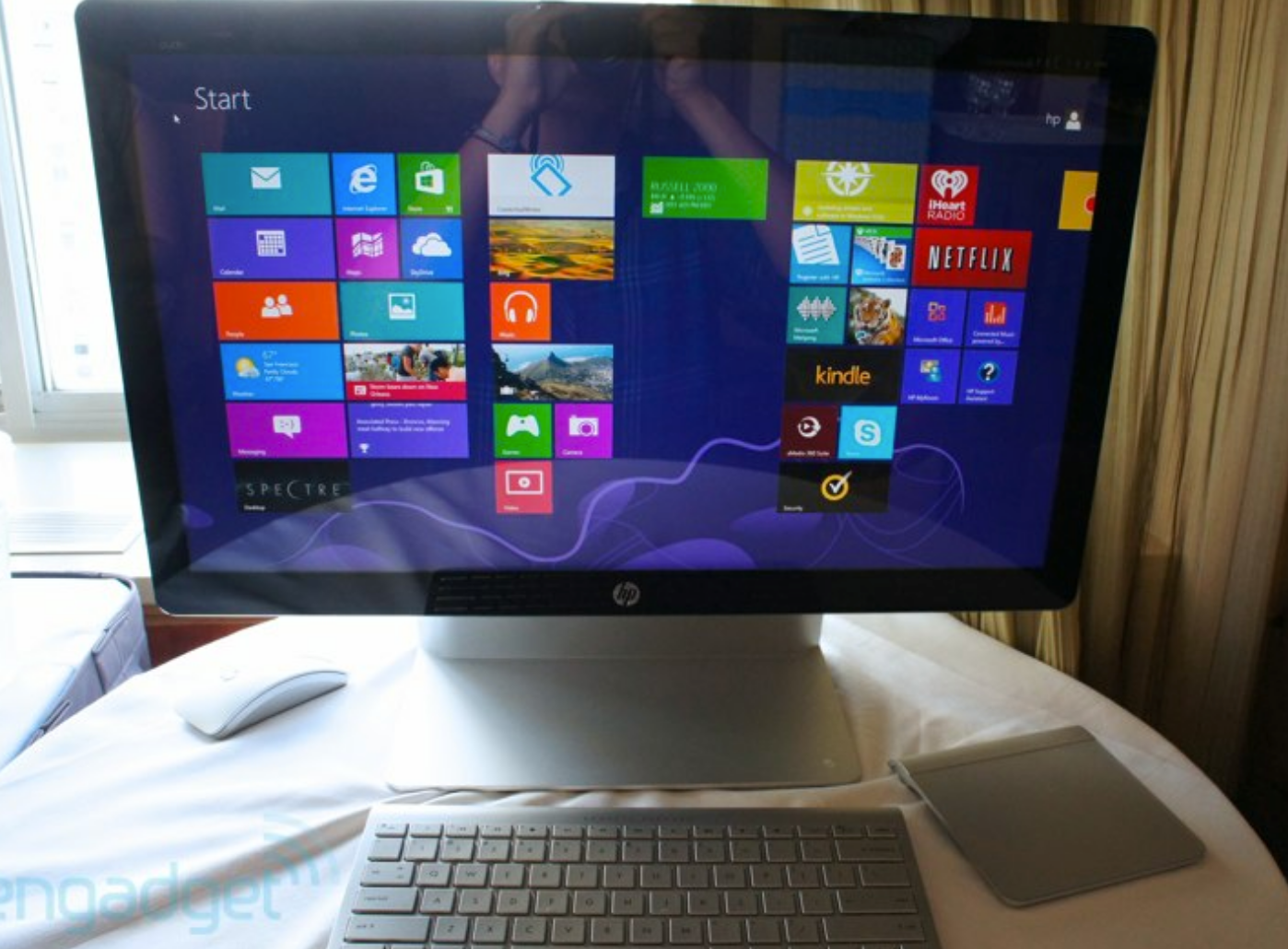 HP executive Stacy Wolff is behind the new look, which he explained uses a common color palette, standard logo size, and reduced components “so that a computer’s chassis, for example, was a single piece of metal or plastic, instead of multiple pieces.”

Not only did the change make the products look better-built, but it sometimes made them cheaper or lighter…”We’re working on a cleaner, more minimalistic look,” he said. 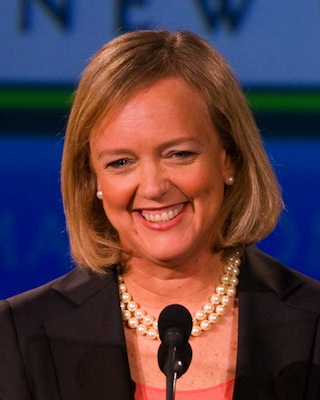 Meg Whitman, 55, a former eBay CEO and the president and chief executive officer of Hewlett-Packard since September 2011, has no doubt in her mind that Apple stands a chance of zooming past Hewlett-Packard, the world’s leading computer vendor, some time during next year.

Whitman’s appraisal of Apple assumes, of course, that one considers tablets, such as Apple’s iPad, personal computers.

Yes. I think it’s possible if you integrate tablets. Apple does a great job. We need to improve our game and our products to take over the leadership position. Apple could go past HP in 2012. We will try to become the champion in 2013. It takes time for the products on which I have come to influence the market.

Hewlett-Packard is the world’s leading computer vendor, operating in nearly every country. More interesting than that, Whitman said her company will reach a decision soon on the fate of the webOS mobile operating system, which has remained in turmoil after HP indicated it might sell of that asset. She reassured Hewlett-Packard fans that her company is open to all options and nodded at Android as one of the choices being considered.

According to TechCrunch, she said:
END_OF_DOCUMENT_TOKEN_TO_BE_REPLACED

HP Chairman is a Mac user 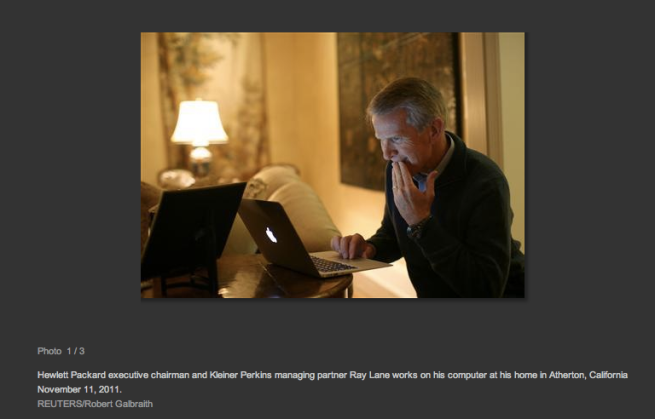 Well, he’s made at least one good decision in the past few years. END_OF_DOCUMENT_TOKEN_TO_BE_REPLACED