After Apple’s confirmation that all Mac and iOS devices are affected by the Spectre & Meltdown vulnerabilities, it was only a matter of time before the company was hit by a class action lawsuit …

END_OF_DOCUMENT_TOKEN_TO_BE_REPLACED 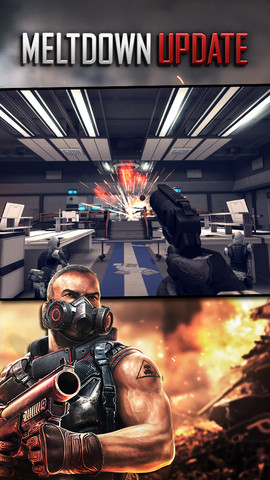 A huge update today is available for Gameloft’s popular Modern combat 4: Zero Hour app. The ‘Meltdown’ update brings three new maps, 7 new perks, and much more content to the latest in the Call of Duty-like series for iOS devices.

New maps in the update include a train station and city streets in Barcelona and a research facility in Antarctica, while new weapons on offer include the SFS CTK-12 sniper riffle and the 40mm Thor GLP Grenade Launcher Pistol.

Get ready to be blown away by the new Meltdown Update for Modern Combat 4: Zero Hour!

OTHER IMPROVEMENTS
√ Edit your signature to display your clan prefix
√ Random quick match: Play a ranked game in the first mode available
√ Turkish language support
√ Many balancing changes: Visit the website www.modern-combat.net for all the details