Review: Is Chatology the solution for Messages search? 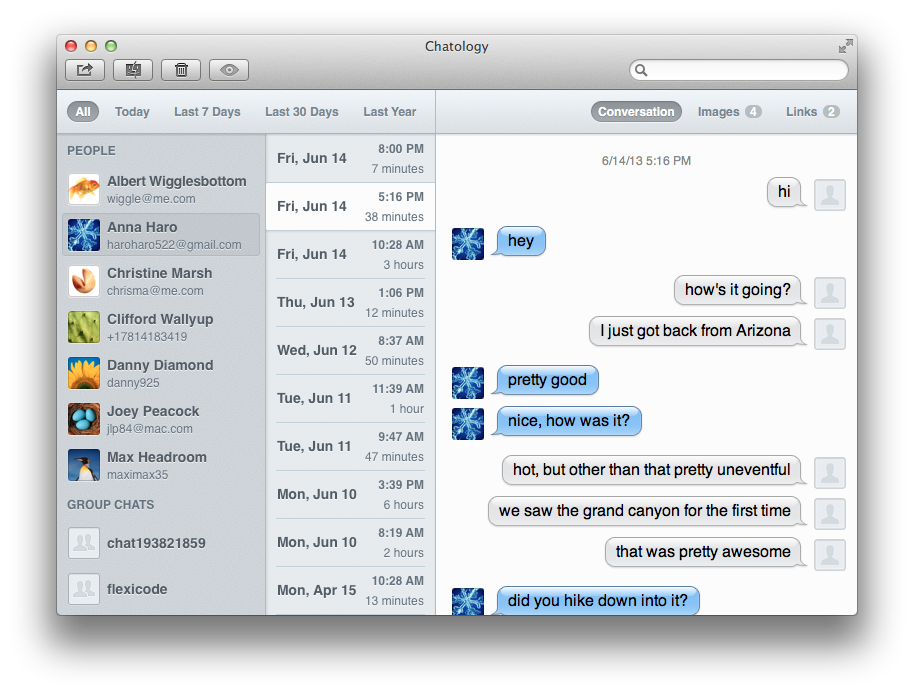 Messages for Mac is buggy. There’s no denying that fact. At some point, all of us have tried to search for a specific message in the app only to be confronted by everyone’s favorite multi-colored symbol of despair.

Several weeks ago, Flexibits, developers of Fantastical for Mac and iPhone, announced a new project called Chatology that would finally solve this issue once and for all. Today, they unveiled the app to the world. So what exactly is Chatology? Does it solve the problem it sets out to solve? Keep reading to get answers to those questions and more.

END_OF_DOCUMENT_TOKEN_TO_BE_REPLACED

Just as we are chewing on the news that Apple is working on Mountain Lion, a major new OS X release, the company published Messages Beta for the Mac, an early taste of what is coming in Mountain Lion. Certain code leaks indicated such an application could be in the works and now it is coming. The Messages application lets you send unlimited iMessages to any Mac, iPad, iPhone, or iPod touch user.

You can start an iMessage conversation on your Mac and continue it on your iOS device, and even start a FaceTime video call and bring the conversation. Messages also supports sending photos, videos, attachments, contacts, locations and more and it comes with built-in support for iMessage, AIM, Yahoo!, Google Talk and Jabber accounts. Apple noted that when you install Messages, it replaces iChat—even though iChat services will continue to work.

You can download your copy of iMessges Beta for the Mac here.