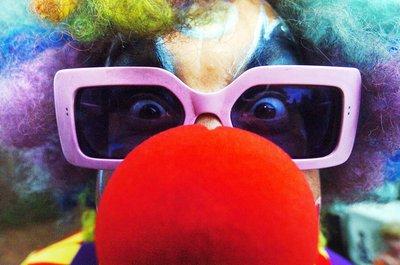 Mercury News’ Mike Rosenberg caught up with the clown who had Steve Jobs’ 64GB stolen iPad.

Literally–he’s a professional clown. Kenneth Kahn, 47, received the iPad, which Mercury News noted as being “silver,” from 35-year-old Kariem McFarlin. He met McFarlin roughly a decade ago when he coached him on a basketball team in Alameda, Calif. Kahn thought he was getting an “old device McFarlin wanted to get rid of” and believed his friend bought a newer-version.

Kahn, who is known as “Kenny the Clown” by day, only used the illustrious tablet to play a “Pink Panther” theme song and Michael Jackson during a clown act. 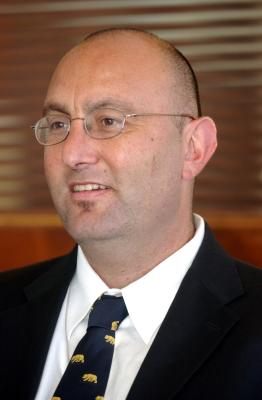 McFarlin, an Alameda resident with only a misdemeanor charge on his record for driving without a license in 1999, stole the iPad from Jobs’ Waverley Street home on July 17. He allegedly gave another iPad to his daughter, according to police, but both devices were returned to Jobs’ family upon McFarlin’s arrest on Aug. 2. McFarlin immediately admitted the crime and waited in jail Thursday in lieu of $500,000 bail.

“Before the public sees him as this horrible monster, I’d like to hopefully think we can somehow get across that he just made the worst mistake of his life,” Kahn said to Mercury News. “It still hasn’t really 100 percent set in for me. It was Steve Jobs’ iPad — literally. If this thing weren’t so tragic, it would be comical.”

Get the full report at Mercury News.