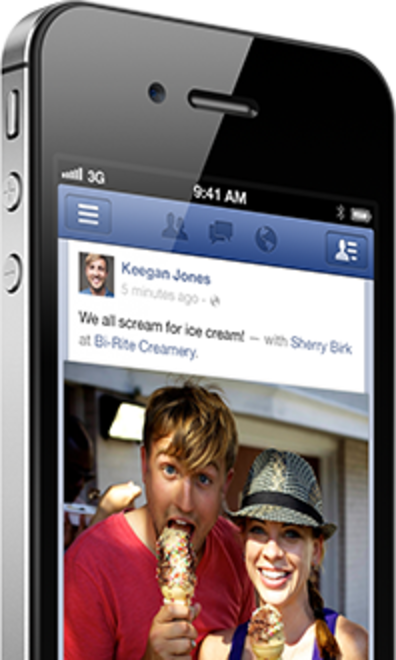 Facebook has been doing a lot of work to improve its mobile experiences, most notably the release of a faster, rebuilt native Facebook for iOS app in August and the more-recently promised timed release cycles for its mobile apps.

Today, Facebook product manager Michael Sharon took to the company’s blog to share more on how it has retooled its development process and integrated features from its standalone apps into Facebook for iOS. If you’ve ever wondered the focus behind Facebook’s strategy on iOS, Sharon provided some good insights…

By retooling our development process–from making every product team responsible for their experience across desktop and mobile, to switching to native code and timed release cycles–we’ve been able to make sure the best of each standalone app is represented in the core app experience…

Facebook has historically had a small, nimble engineering team with separate groups dedicated to desktop and mobile experiences. In fact, the first core iOS app was originally built and maintained by one person, and later developed by a single small team…Within the last year, our engineering teams have taken ownership of their product experiences across both desktop and our mobile apps. These teams know their product, features, and users better than anyone and are sensitive to the nuances of developing and adapting these experiences across multiple platforms.

On integrating features from standalone apps:

Not every feature from the standalone apps makes sense for the core app, so as the Facebook for iOS PM, one of my jobs is to make sure that the features we share across apps result in the best user experience. So while the swipe gesture to reveal the camera roll works really well within the Camera app – we chose not to include this in the core app because the gesture doesn’t make sense with our persistent top navigation bar. To make it into the core app, a feature has to add significant value to the integrated experience, regardless of how critical it is in one of our standalone apps.

The core app is not just composed of features from standalone apps – there are many teams that own key portions of the core app and continue to iterate on them. Timeline, Groups and Events are sections that are completely owned and maintained by their respective teams.

As we continue to develop Facebook across platforms, we will continue to use our standalone apps to push the limits of each product and leverage new, battle-tested features to create the best possible core app experiences on every platform.