Thurott reports Microsoft has updated its 365 product roadmap with mention of Files On-Demand finally rolling out to macOS users. Initially offered as a preview in September of last year to Mac users, no formal word was made by the company as to when users should expect a widespread release.

While the site reports not all users are seeing the macOS version available, the rollout (which began yesterday), should hit most users in the coming weeks.

END_OF_DOCUMENT_TOKEN_TO_BE_REPLACED

Microsoft will be making its Office 365 more flexible come this fall as it replaces the current 10 device limit for Home and two device limit for Personal subscriptions with unlimited device use.

END_OF_DOCUMENT_TOKEN_TO_BE_REPLACED

Microsoft shared an Office 2019 for Mac preview last month. Now the company has announced that all the updates that come with the new software will be heading to Office 365 subscribers as long as they are running macOS Sierra or later.

END_OF_DOCUMENT_TOKEN_TO_BE_REPLACED 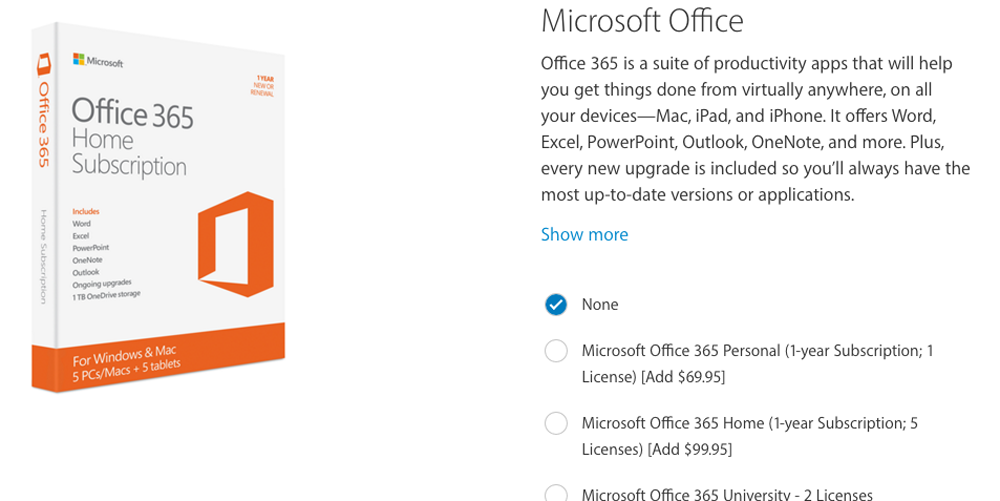 In a surprise move, the U.S. online Apple Store now presents Microsoft Office 365 as a recommended iPad accessory when you buy the new 9.7-inch iPad Pro. It’s unclear when this started happening, as The Verge notes that it also appears when purchasing the iPad Air 2, iPad mini 2, or iPad mini 4, but some readers report having seen it for a couple of weeks or more.

The move is surprising for two reasons …

END_OF_DOCUMENT_TOKEN_TO_BE_REPLACED

U.S. students and teachers have been able to get free access to Microsoft Office 365 since 2013, and the company has now extended the deal to a range of other countries.

Millions of students around the world are eligible for free Office from their school and today we are announcing that we’ve made it easy for all eligible students globally to sign up themselves to get Office 365 and install free Office.

Qualifying students and teachers can install the latest version of Office on up to five Macs, as well as a further five mobile devices. The deal is available if you study or teach in a school with an Office license.

To check if you’re eligible for the deal, you’ll need your school-provided email address, then visit the eligibility-checker for students or for teachers. 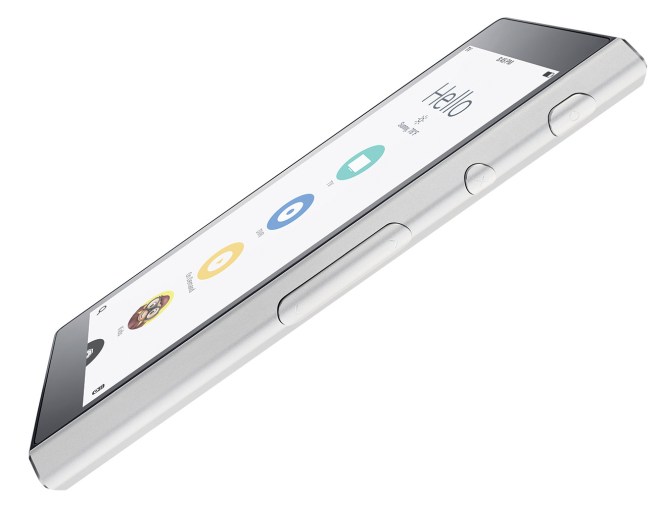 Good way to get Microsoft Office 365 for $50 plus a free gift for someone you hate http://t.co/kk8n3vqDIr pic.twitter.com/PdirCk1v92 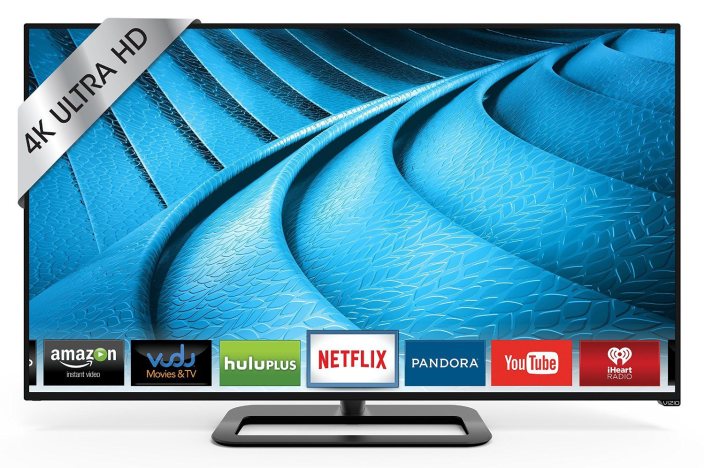 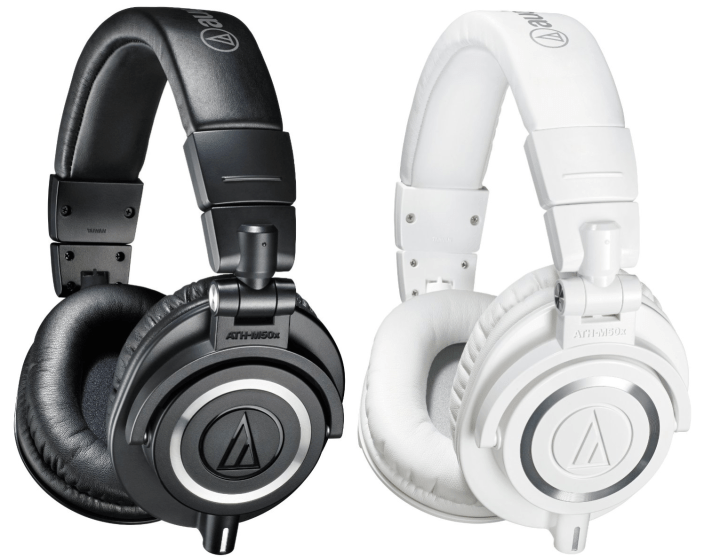 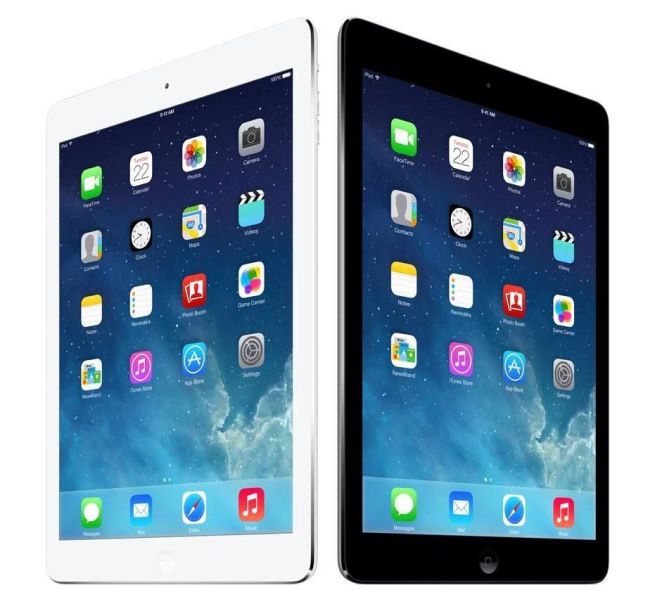 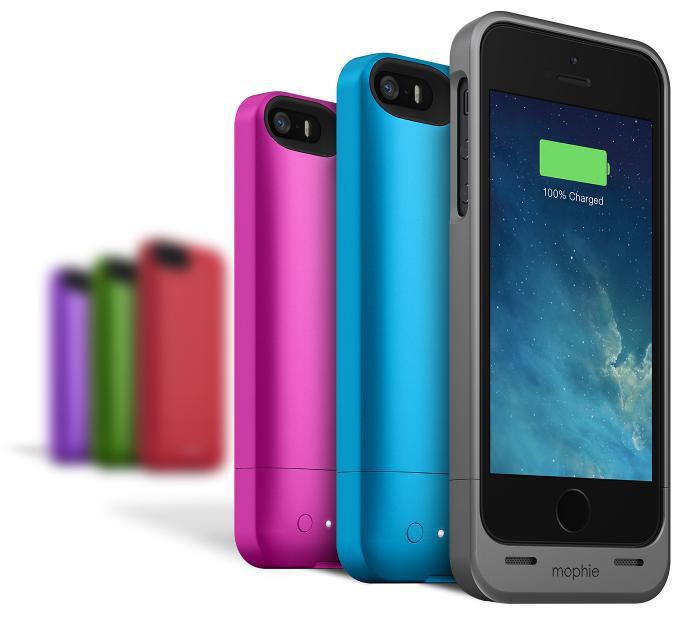 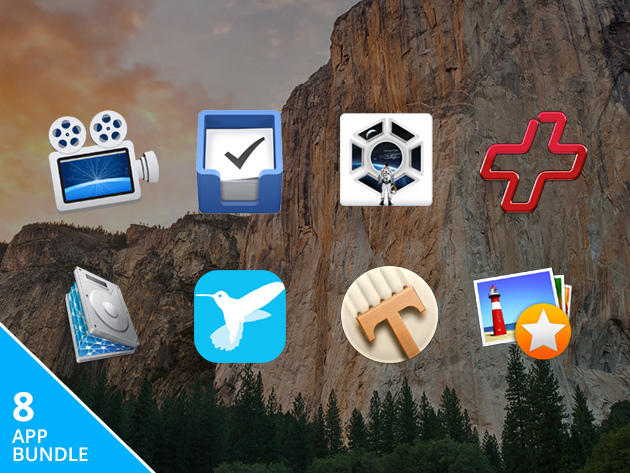 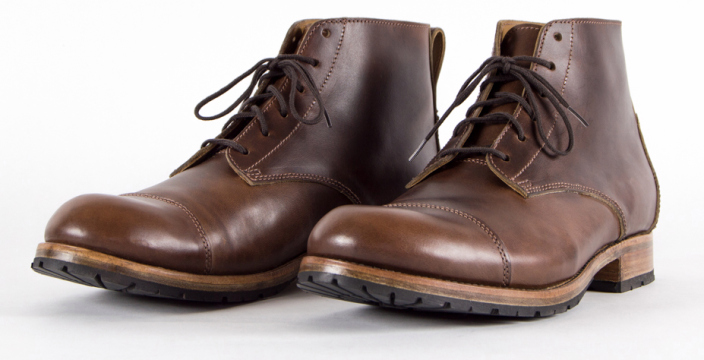 Small States: Cord Shoes churns out handmade boots with a story behind every pair, $250 giveaway 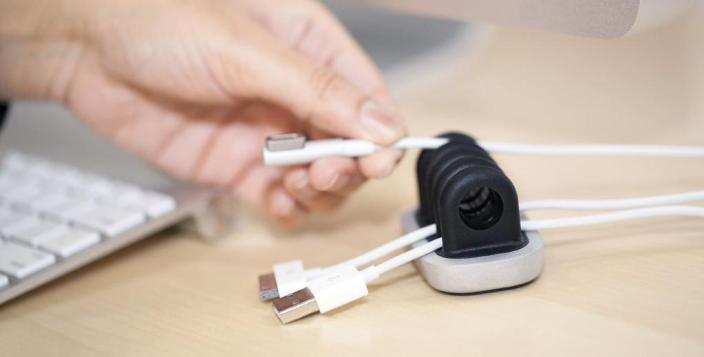 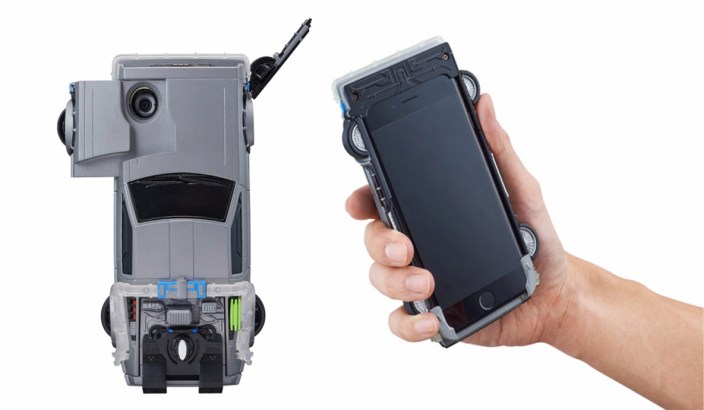 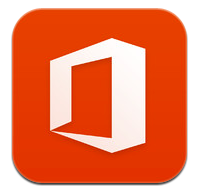 In what seems like a never ending story, retiring Microsoft CEO Steve Ballmer has announced that the company plans to introduce a touch optimized version of Microsoft Office to iPad customers (via The Verge) after it completes development.

Microsoft plans to first deliver the tablet version of its productivity suite to the Microsoft Surface, its tablet competitor to the iPad, but this is the first we have heard of such plans. END_OF_DOCUMENT_TOKEN_TO_BE_REPLACED

Microsoft raises prices on Microsoft Office for Mac, no one notices 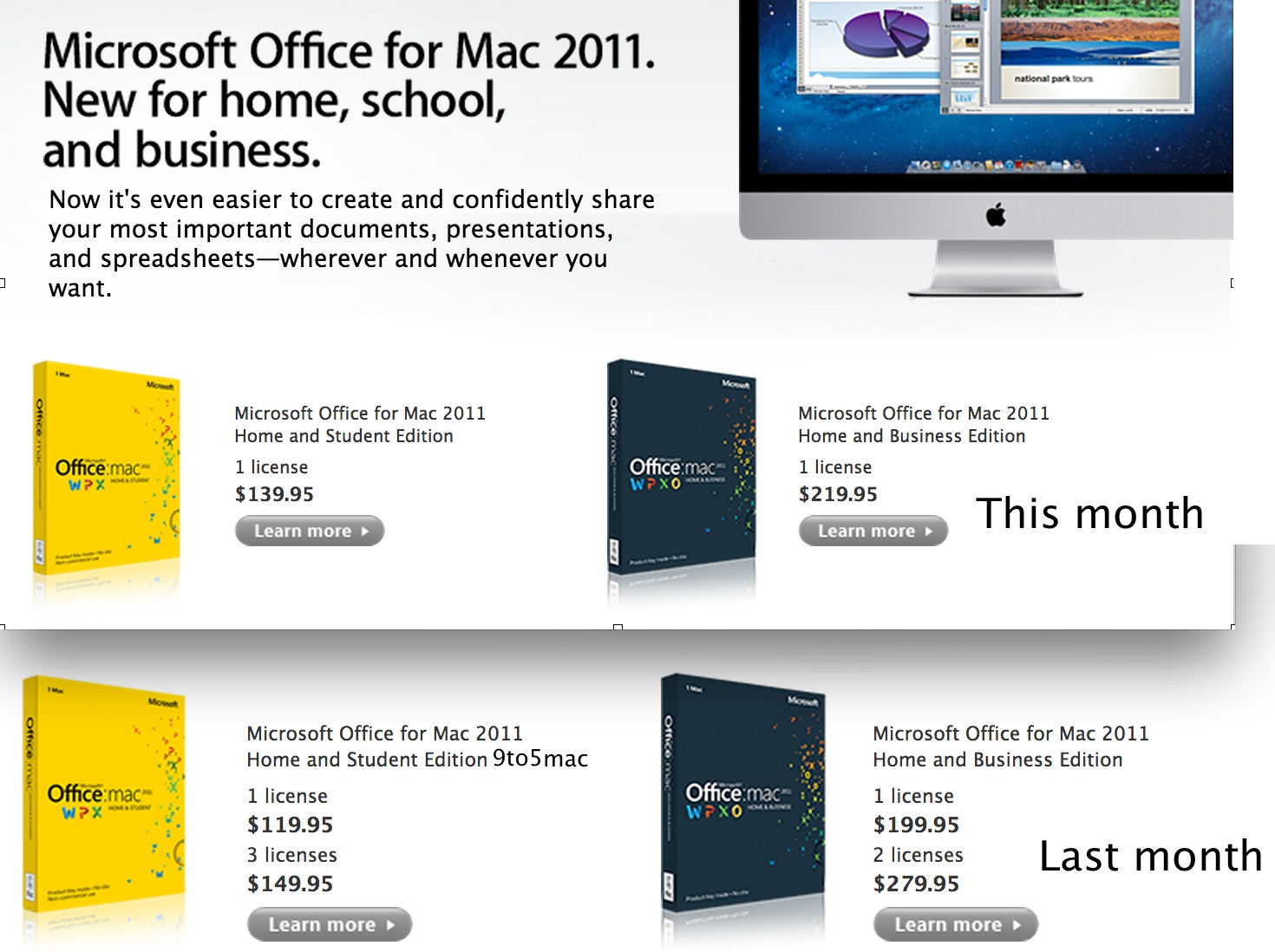 According to Computerworld, Microsoft raised its pricing on Office for Mac 2011 during its Office 365 event last month by as much as 17 percent and stopped selling multi-license packages of the application suite. The move is likely to drive customers to its Office 365 program for PC/Mac that is $99 a year for a family.

The move puts Office for Mac 2011 on the same pricing schedule as the new Office 2013 for Windows. The price increases and the disappearance of the multi-license bundles also makes Microsoft’s Office 365, a software-by-subscription deal the company has aggressively pushed, more competitive with traditional “perpetual” licenses.

It’s not clear when Microsoft raised prices. The oldest search engine cache Computerworld found with the new prices was Feb. 2, so the company boosted them before then, likely on Jan. 29, the day it launched Office 2013 and Office 365 Home Premium. Microsoft did not mention the changes to Office for Mac in its press releases that day, or otherwise publicize the move on its Mac-specific website.

Indeed, Apple now offers Office for Student/Professional for $140/230. Amazon still says it is $119 but notes that Office 2011 is an older version and the newer version that includes a key card is $139 marked down to $131 with a new SKU. You can still buy the multi-user packs at significant discount, but those likely are only while supplies last. END_OF_DOCUMENT_TOKEN_TO_BE_REPLACED

We reported on Friday that AOL had informed its corporate employees via email that it would be temporarily disabling the ability to manage meetings with Exchange on iOS devices running iOS 6.1. AOL confirmed that it was working with Microsoft and Apple to fix the “continuous loop” bug, and many had highlighted the problem on Microsoft’s forums. It doesn’t appear Apple addressed the issue with its recent release of iOS 6.1.1, and Microsoft has now published an official support document to detail workarounds for the bug.

When a user syncs a mailbox by using an iOS 6.1-based device, Microsoft Exchange Server 2010 Client Access server (CAS) and Mailbox (MBX) server resources are consumed, log growth becomes excessive, memory and CPU use may increase significantly, and server performance is affected. Additionally, Office 365 Exchange Online users receive an error message that resembles the following on an iOS 6.1-based device: Cannot Get Mail, The connection to the server failed.

Microsoft suggested a few workarounds for the issue while it waits for Apple to fix the bug. First, it informed customers to “not process Calendar items such as meeting requests on iOS 6.1 devices. Also, immediately restart the iOS 6.1 device.” If problems with Exchange continue, Microsoft recommended and provided instructions for removing and recreating the device partnership, creating a custom throttling policy for iOS 6.1 users, or blocking iOS 6.1 users entirely.

Microsoft said it is working with Apple to resolve the issue and recommended customers “open an Enterprise Support case with Apple”: END_OF_DOCUMENT_TOKEN_TO_BE_REPLACED 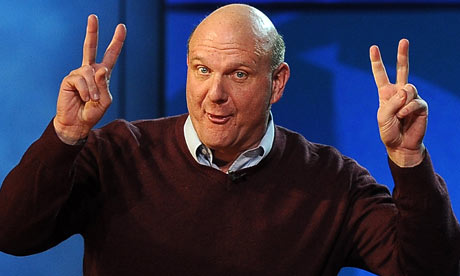 Microsoft officially took the wraps off the latest updates to Office and its new Office 365 online offering yesterday, but many were focused on the lack of an iOS announcement. Although we’ve seen several references to Office mobile apps for iOS devices, we’ve yet to get official word from the company. Speaking with Bloomberg, Microsoft CEO Steve Ballmer commented on the Office launch and possible iPad app:

I have nothing to say on that topic. We’re very glad with the product, very happy with the product that we’re putting in market. It makes sense on the devices like the Mac and the PC. We have a product that we think makes a lot of sense. We do have a way for people always to get to Office through the browser, which is very important. And we’ll see what we see in the future.