A day after Microsoft updated its OneNote for Mac app, adding OCR scanning of text within images, it has today updated its iPad app. OneNote for iPad gets the same OCR functionality, along with the ability to add handwritten notes–a feature previously available only on the Windows and Android versions of the tablet app.

As many of you have pointed out, one major feature that has been missing from OneNote for iPad is handwriting. With today’s update, you can pen notes. To get started, just tap the new Draw tab on the ribbon. Select a pen, marker, or highlighter and write, sketch or doodle until your heart’s content.

Handwritten notes can be made using either an iPad-compatible stylus or your finger, with customizable ink color and pen thickness …  END_OF_DOCUMENT_TOKEN_TO_BE_REPLACED 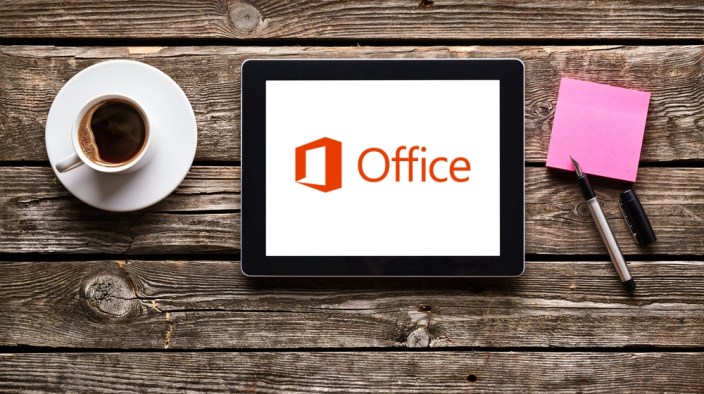 Earlier this week Microsoft introduced an updated version of its OneNote app for iPhone, iPad, and Mac, and today new versions of its Office for iPad suite have been released. Version 1.1 of Office for iPad introduces a list of new features in the first major update to the tablet productivity apps. Included in the update is the ability to send files from Word and Excel as a PDF file, a new Presenter View for PowerPoint, and a list of several more features. Check below for the breakdown of new features for Excel, PowerPoint, and Word for iPad. END_OF_DOCUMENT_TOKEN_TO_BE_REPLACED

Following updates to the Office apps for iPad yesterday that introduced printing support, Microsoft announced today that it’s updating the OneNote apps for iPhone and Mac with the top requested features from users. Included in the new features for iPhone users is the ability to create new notebook and sections, a revamped look that fits in more with iOS 7, and the Office Lens feature that was already available to iPad users.

We’ve built Office Lens into OneNote for iPhone. Similar to Office Lens on OneNote for iPad, this popular feature turns your iPhone into a pocket scanner so you can use it to take pictures of things like receipts or whiteboard notes. Then, with Office Lens you can trim, enhance and make pictures more readable. Best thing is, images are automatically synced to OneNote, and if your picture includes printed text, OneNote can recognize the text with optical character recognition (OCR) so you can search for words in the image.

The Mac app gets improved printing, drag and drop images from the web, and much more:

Microsoft OneNote, the software giant’s note taking application, has been updated to version 2.1 today. With this update, the iPad app can act as a standalone and doesn’t require a PC to create new notebooks or edit sections. As noted on the OneNote blog, the functionality is now live in the iPad app, but while the iPhone app received an update today the new features aren’t available there.

Notebooks are an essential part of OneNote and play a significant role in helping you organize all of your content. Many of our customers submitted feedback requesting the ability to create new notebooks.  We’re happy to announce that OneNote for iPad now has full support for creating new SkyDrive notebooks.

Enter a name for your new notebook, then tap Create. You’re all set!

Sections are a great way to help you group your notes within a notebook. With this update, you can add, rename and delete sections.

It’s really easy to add a section on OneNote for iPad: On the sections bar, tap the plus button, enter a name for your new section, and you’re on your way.

Tap the desired section title to bring up the two options, Delete and Rename.

If you’d like to rename a section, select that option, and the section title will be automatically highlighted. Just start typing and tap Done on your keyboard to save the new name.

Microsoft today introduced an iPad version of their OneNote mobile app previously only available to iPhone users. The new app has of course been given a facelift for the iPad with a two-pane view and also includes a tabbed user interface, quick note creation, tables in notebooks, and the ability to sync notebooks over WiFi.

*With the free version of OneNote for iPad you can access, create and edit up to 500 notes. Once you reach this limit you can still view, delete, and sync your notes. To continue taking and editing notes, you can upgrade OneNote for iPad to unlimited use through an in-app purchase. END_OF_DOCUMENT_TOKEN_TO_BE_REPLACED