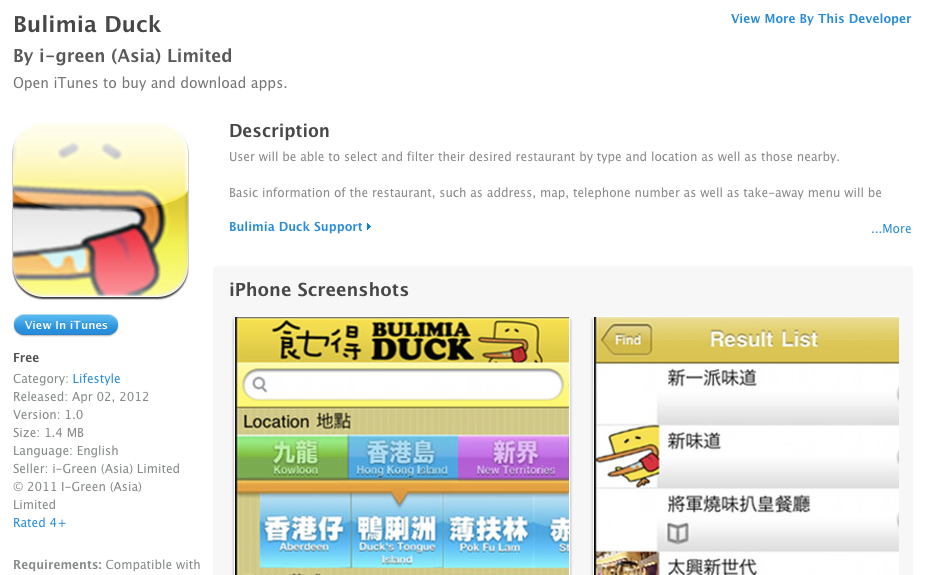 There are many examples of flaws in Apple’s App Store review process. We know Apple is quick to reject apps that mimic the core functionality of iOS, such as Voice Answer, Find My Facebook Friends, or Airfoil, but those developers all made tweaks to their apps and were later accepted into the App Store. Perhaps a bigger problem is apps sneaking their way into the store as offensive or stolen content. We came across an example of each with two apps recently accepted into the App Store: Bulimia Duck (pictured above), which is a Yelp-like restaurant finder with an obviously offensive name, and Dragon Ball Z Jump, which is a hybrid of stolen IPs including Dragon Ball Z and popular iOS title Doodle Jump. These are just two examples of the type of apps making their way into the App Store every week.

Today, we get a bit of insight into what goes on behind the scenes during Apple’s review process. A former senior engineer at Apple, Mike Lee, talked to Business Insider about the app review team:
END_OF_DOCUMENT_TOKEN_TO_BE_REPLACED