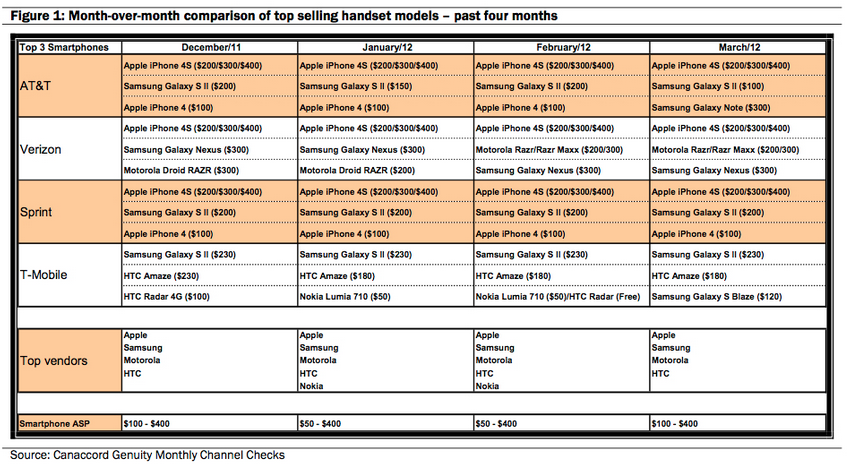 While noting its March numbers indicate continued growth for the iPhone’s marketshare, Canaccord Genuity analyst Mike Walkley (via AllThingsD) said the iPhone is currently outselling “all other smartphones” at both AT&T and Sprint together. He also said Verizon is selling roughly as many iPhones as all Android phones combined: