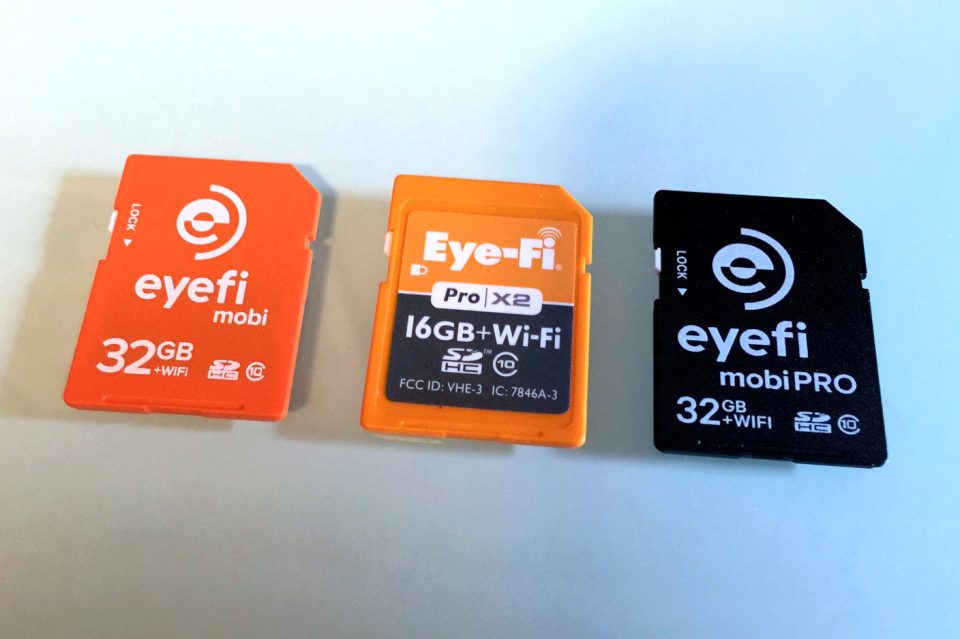 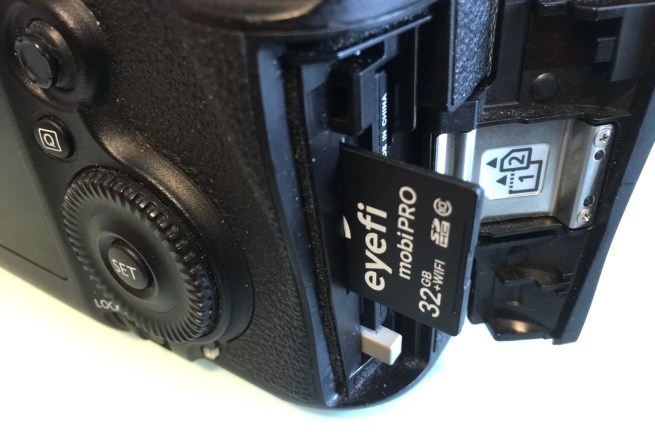 As a photographer, I’ve been thrilled to see iPhones become compelling replacements for standalone point-and-shoot cameras. Our world has improved in both measurable and immeasurable ways from widespread, immediate access to quality photography; the images documenting our lives are more compelling and numerous than ever before.

But professional photographers toting DSLRs now struggle to stand out from amateurs with iPhones. The Chicago Sun-Times infamously fired its entire photography department in favor of using images from iPhones and wire services, a move mocked by other newspapers but embraced by some broadcast journalists. Fixed-lens, small-sensor iPhones can’t match standalone cameras in image quality, particularly in dark settings, but they’re hard to beat in speed and convenience.

The question is how to combine the immediacy of iPhone photography with the quality offered by superior cameras. For me, the answer has been Eyefi‘s SD cards, which wirelessly transfer a standalone camera’s photos to an iPhone or iPad for rapid editing and sharing. (See my How-To on transferring, editing, and sharing DSLR/point-and-shoot photos with an iPhone or iPad for more details.)

Eyefi’s first $100 card contained 2GB of flash memory and a Wi-Fi chip; since then, every Eyefi card has improved on the same concept, so the brand-new 32GB Mobi Pro ($100) isn’t so much a surprise as the culmination of everything the company has done before. It has the highest storage capacity, broadest file support, and easiest workflow of any Eyefi card I’ve tested. Most importantly, it brings a more durable enclosure that I wouldn’t hesitate to recommend to any potential reader, originally introduced in Eyefi’s more affordable non-Pro Mobi cards. Read on for all the details…

END_OF_DOCUMENT_TOKEN_TO_BE_REPLACED

Wifi-equipped cameras have long been one of those things that promise more than they deliver. In theory, you can take a photo on your camera and have it instantly and wirelessly transferred to your Mac. In practice, not so much. You either need to go via an iOS device, or go via a router with ridiculously-convoluted networking configuration required to make it work.

Eye-Fi seems to be getting one step closer to the theory, announcing beta software at the Showstoppers CES event that allows photos to be sent direct from camera to Mac. The beta version is free, though you have to register for the company’s labs project to get access, but it seems the release version will be chargeable.

The app is only compatible with Mobi cards – earlier versions won’t work. Hopefully the reliability of the cards has improved since I last tried them.