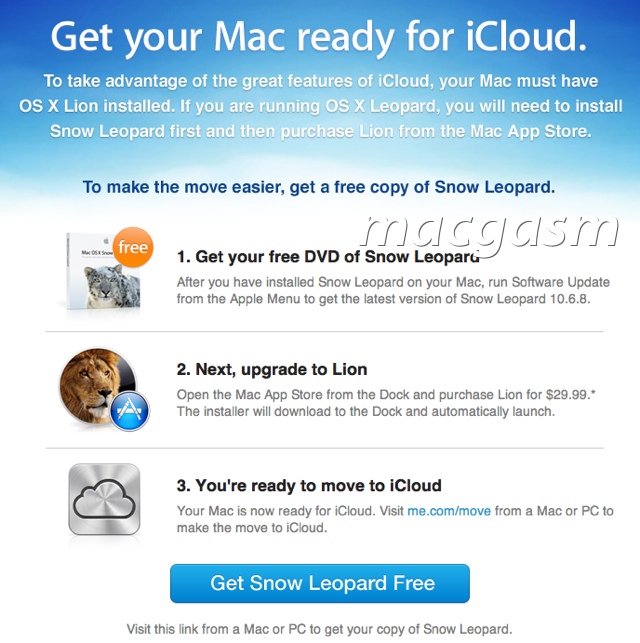 MacGasm reported that Apple is giving away free copies of Snow Leopard to MobileMe users to ease their move to iCloud. iCloud only works on Lion. Apple is offering MobileMe users without Snow Leopard a free copy, so they will pay $30 to upgrade to Lion. Once on Lion, they can ditch MobileMe to start using iCloud.

Apple posted a page where MobileMe users can register for their free copy of Snow Leopard. They had better act fast, because Apple is set to close the service in June to focus on iCloud in the future. iCloud plays a major role in Mountain Lion, which is currently seeded to developers for beta testing. Throughout the OS, there are several instances where iCloud becomes a very practical feature. Furthermore, I am sure you are all familiar with the iCloud integration throughout iOS. Expect iCloud to be a technology Apple is invested in for a long time to come.

Apple is essentially cutting behind users a $30 break. If you have not done so, it is about time to upgrade to Lion and join the roughly other 100 million iCloud users currently out there. What are you waiting for?