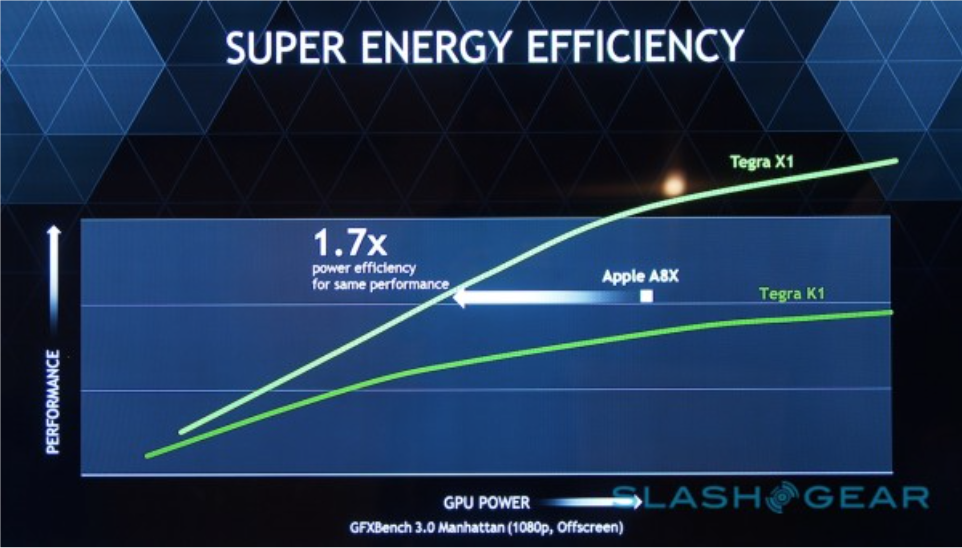 NVIDIA has thrown down the gauntlet to Apple in the mobile chip power stakes. While the A8X chip used in the iPad Air 2 has so far blown away the competition, NVIDIA has shown off benchmarks indicating that its new mobile superchip, the Tegra X1, leaves it standing.

The benchmark data shared with SlashGear were heavier on graphics than hard data, but appear to show that the chip significantly outperforms the A8X, with NVIDIA saying that it will offer “silky-smooth 60fps 4K video.” The one number the company did share is that when throttled back to match the GPU performance of the Apple chip, power efficiency was 1.7 times better. END_OF_DOCUMENT_TOKEN_TO_BE_REPLACED