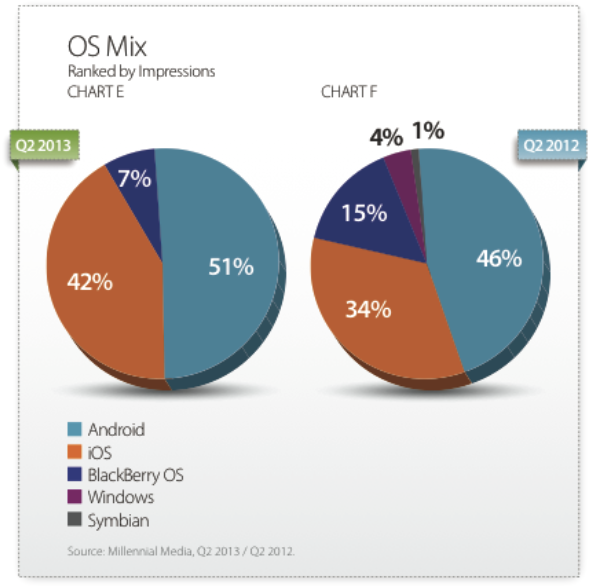 A new report from Millenial Media, one of the world’s largest online ad networks, shows that Android boosted its share of mobile web usage to 51 percent this year, but that iOS usage is growing at a faster rate.

In the manufacturer league tables across all devices, Apple lead the way with 39 percent share with Samsung taking second place at 26 percent. 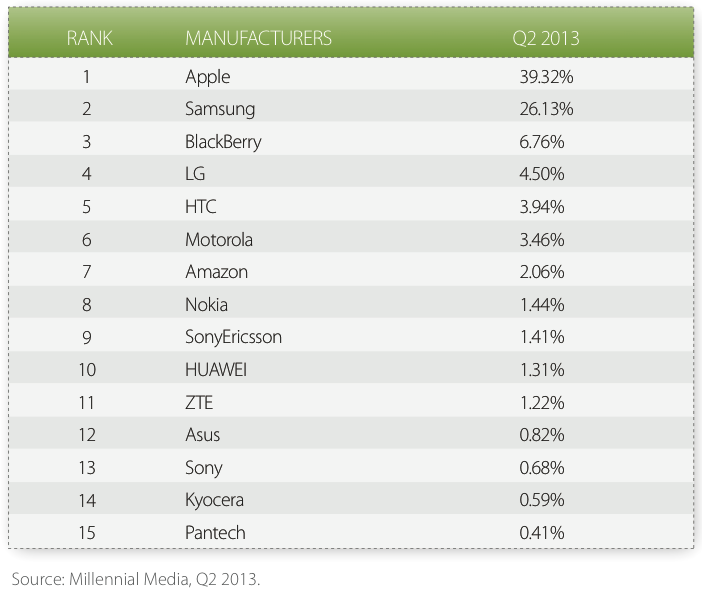