One 'MobilLens' story May 2012
See All Stories

Apple posts growth among OEMs in March, as iOS and Android capture 80 percent of US market 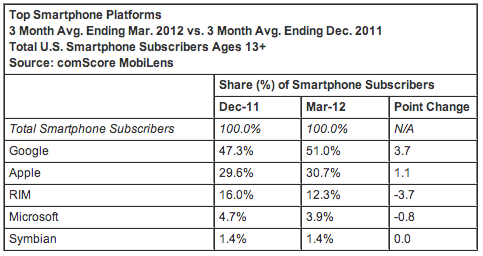 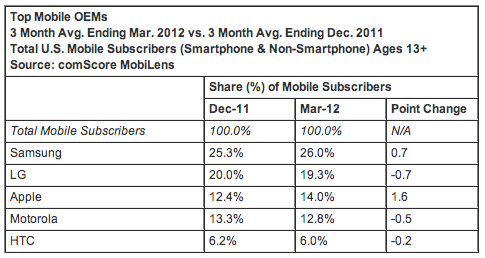 According to comScore, Apple posted impressive growth during the quarter with 30.7-percent marketshare among smartphone platforms in the U.S (up from 29.6-percent). Increasing from 47.3-percent in December 2011 to 51 percent in March 2012, Android was able to grab the top position for platforms during the quarter. Growth for Android and iOS continues to come at the expense of RIM. The company grabbed just 12.3-percent of the platform market in March, which is down from 16 percent in December 2011. Microsoft also lost marketshare with 3.9-percent, which is down from 4.7-percent…
END_OF_DOCUMENT_TOKEN_TO_BE_REPLACED