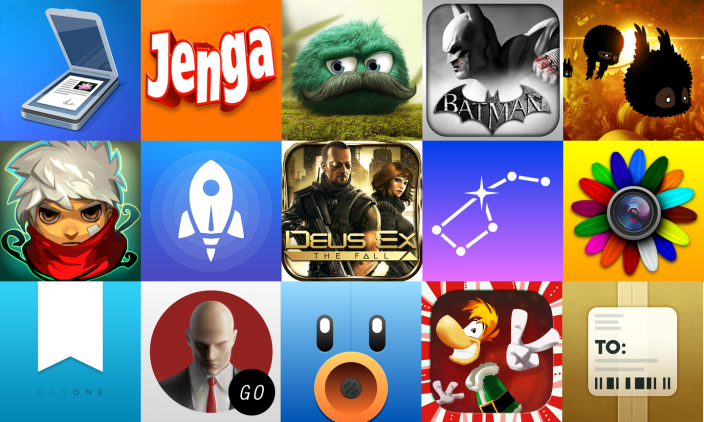 We have seen a massive selection of iOS apps and games go on sale over the past week or so. Now that Apple has locked price changes on the App Store until December 29th, we thought we would put together a master list of only the best apps on sale for the holidays.

You can grab to get even deeper discounts on iOS apps, music and movies. Head below for the best iOS price drops of the season:

END_OF_DOCUMENT_TOKEN_TO_BE_REPLACED

‘Modern Combat 5: Blackout,’ the game embarrassingly leaked by competition winners given early access to it, is now available on iTunes.

First seen in a trailer in early June, Gameloft claims that the latest installment is the best yet.

Step into the action as the latest installment in the best FPS series raises the bar for shooters once more! Create a squad, add your friends and test your individual and team skills against other squads!

Is single player your thing? Then step into a world on the brink of anarchy and shoot your way out of one dire situation after another to expose a lunatic who’s trying to tear the world to shreds.

Designed for both iPhone and iPad, it will run on anything from the iPhone 4S and iPad 2 up, as well as the 5th generation iPod Touch. The game costs $6.99.