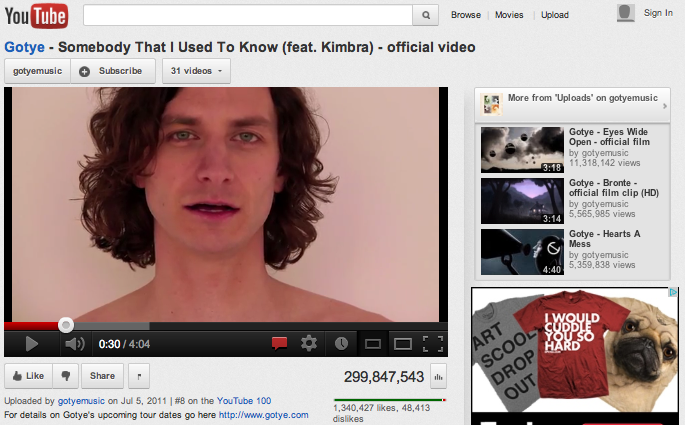 The majority of American teens prefer YouTube to iTunes, radio, online radio, and CDs when it comes to finding and listening to music.

Approximately two-thirds of 18-and-younger U.S. teenagers, according to a “Music 360” survey from research firm Nielsen (via The Wall Street Journal), claimed they sidestepped other music-listening mediums for Google’s video-sharing platform.

YouTube snagged 64 percent of 13-to-17 year olds, while radio came in second at 56 percent. iTunes held 54 percent, with CDs and Pandora rounding the top five at 50- and- 35 percent respectively.

The Wall Street Journal noted young folks regard YouTube as a “de facto free music service,” but adults do not take full advantage of the site’s complimentary content.

Go to 9to5Google for more information on adults’ favorite mediums.

END_OF_DOCUMENT_TOKEN_TO_BE_REPLACED

We knew that Google would likely face fines in the Federal Trade Commission’s investigation into its method of bypassing Apple’s default iOS Safari browser settings. Last month, reports claimed the FTC would make a decision on the fines within 30 days. Today, Reuters reported sources close to the situation have confirmed Google is currently negotiating with the FTC over fines that “could amount to tens of millions of dollars”:

Google Inc. (GOOG) is negotiating with the U.S. Federal Trade Commission over how big a fine it will have to pay for its breach of Apple Inc. (AAPL)’s Safari Internet browser, a person familiar with the matter said. The FTC is preparing to allege that Mountain View, California-based Google deceived consumers and violated terms of a consent decree signed with the commission last year when it planted so-called cookies on Safari, bypassing Apple software’s privacy settings, the person said.