How-To: Choose the best stand or desktop mount for Apple’s iPads and Macs 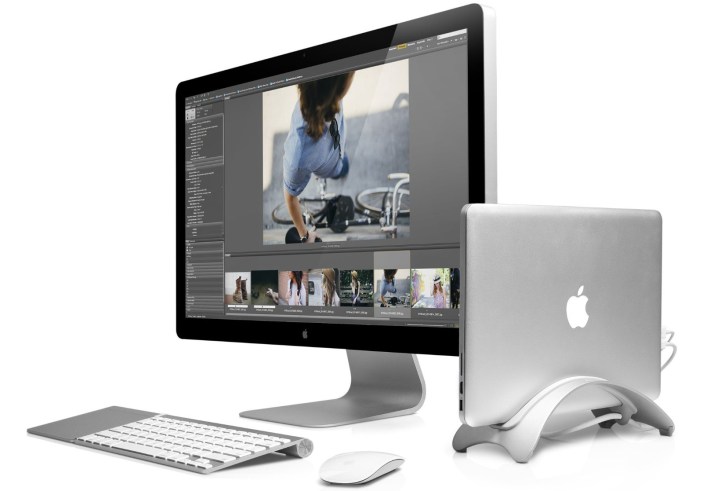 Apple currently sells more “laptop” than “desktop” Macs, but in reality, most Macs will be used substantially on flat surfaces — desks, tables, and sometimes nightstands. iPads are more lap-friendly, but also tend to get used upright, particularly for watching videos and access in the kitchen. Since I’ve spent a lot of time testing Apple device stands and mounts, I wanted to share what I’ve learned with you, so you can choose the solution that best suits your Mac, iPad, or both at the same time.

Below, I’ve hand-picked options for different types of users, starting with passive MacBook stands such as Twelve South’s BookArc for MacBook Pro ($50). Made from Mac-matching aluminum with gray rubber inserts, BookArc is designed to safely hold a MacBook Pro upright so that its ports and SD card reader are easily accessible. Twelve South also sells a smaller version of BookArc for the MacBook Air, a bigger BookArc for the Mac Pro, and an earthy version called BookArc mod for fans of wood. That’s a rarity, as most Mac and iPad stands are designed to match Apple’s products, as you’ll see inside…

END_OF_DOCUMENT_TOKEN_TO_BE_REPLACED

Holiday gift guide: using iPhone and iPad in the car 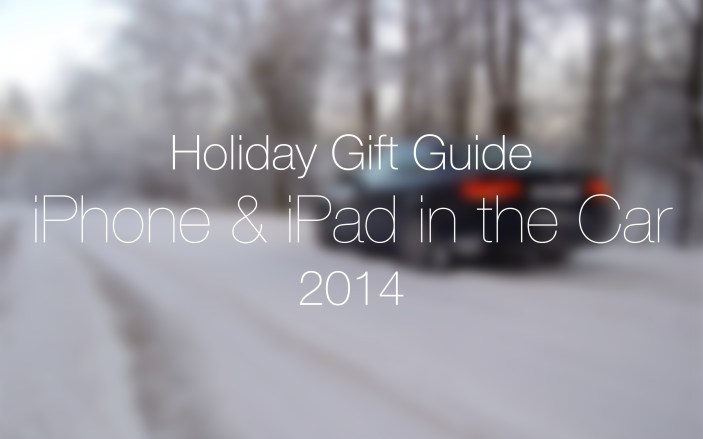 The iPhone has easily become the best jukebox in the car with your iTunes library, iTunes Radio, streaming services like Beats Music and Spotify, and great apps for keeping up with podcasts. With hands-free features powered by Siri, you can even stay in touch with phone calls and text messages all without ever taking your eyes off the road. If you’re a passenger, the iPad is a great screen for gaming, reading, watching movies, and more.

This holiday season is especially exciting with new features built-in to iOS like CarPlay and Hey Siri, which allows you to activate Siri while your iPhone or iPad is charging completely hands-free, and below are some of the best products to gift the iPhone or iPad-owning driver this year. END_OF_DOCUMENT_TOKEN_TO_BE_REPLACED