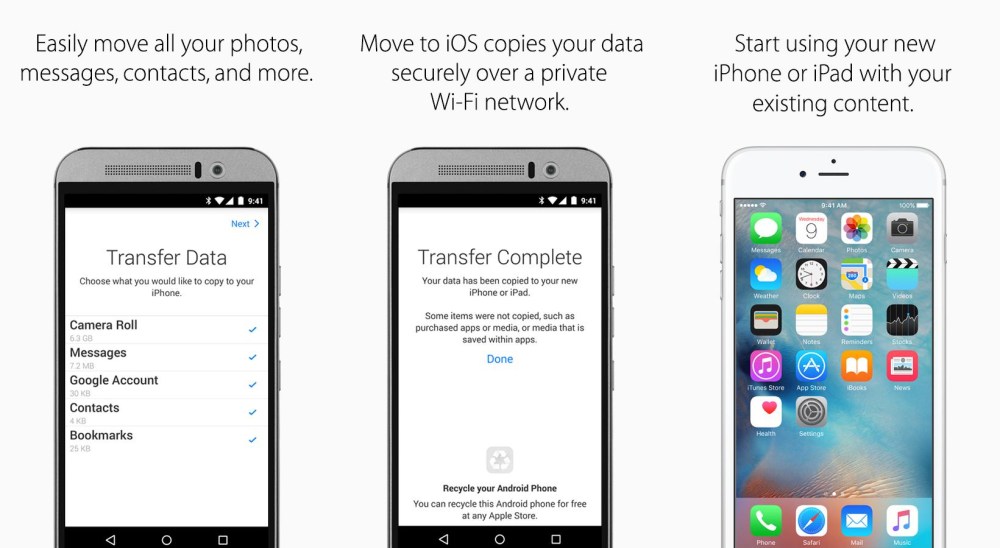 [Update 1/11: This is one rumor Apple is happy to deny. Here’s a statement to Buzzfeed:“There is no truth to this rumor,” Apple spokesperson Trudy Muller said in a statement to BuzzFeed News. “We are entirely focused on switching users from Android to iPhone, and that is going great.”]

Apple launched a Move to iOS app in September, pictured, that enables Android users to quickly transfer documents, photos, contacts and other personal data to a new iPhone. This eases the pain for Android users to switch to iOS, which clearly benefits Apple. Interestingly, the Telegraph is reporting that Apple is now developing a similar tool that goes in the opposite direction, letting iPhone users more easily transfer to Android devices.

END_OF_DOCUMENT_TOKEN_TO_BE_REPLACED 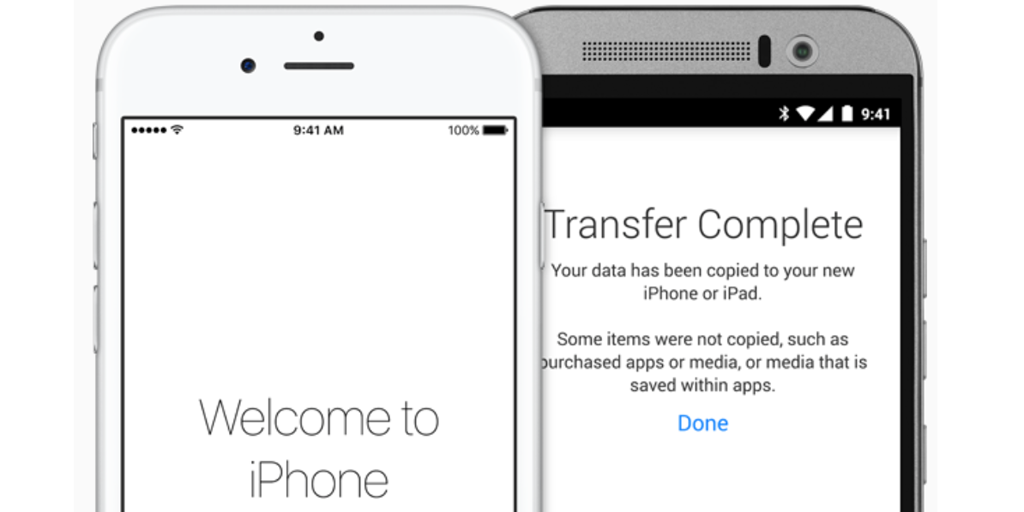 While Apple’s new Move to iOS app appeared to be the company’s first ever Android app, Phandroid did some digging around in the code to discover that it in fact appears to be just a rebadged third-party app called Copy My Data.

If we take a look under the hood of Apple’s Move to iOS app, we see the […] android:name is still set to android:name=”com.mediamushroom.copymydata”. That’s just the tip of the iceberg. The two applications share a vast majority of code and functionality. In fact, all of the com.mediamushroom.copymydata strings were left inside Apple’s rebranded version. Essentially, the only differences between the two apps are Apple’s artwork being added, the inclusion of Apple’s licensing agreements, and Media Mushroom’s UI elements being removed. That’s really it.

Apple thus appears to have simply licensed an existing app, rather than creating its first Android app – meaning that the Apple Music app expected to makes its way across to Android sometime this fall may be the first Apple-coded app on the rival smartphone platform …  END_OF_DOCUMENT_TOKEN_TO_BE_REPLACED

Yo Tim, what's the customer sat on the Move to iOS app http://t.co/aFeOtup4f1 pic.twitter.com/ebytmXG1nt

Apple launched its ‘Move to iOS’ Android app yesterday as part of the iOS 9 launch, which streamlines the process of migrating data and apps from an Android phone to an iPhone. Just hours after launch however, Android users are not taking well to Apple’s first Android app (if you discount Beats Music, which existed before Apple acquired them). The app has accrued over 2700 1-star ratings in the few hours it has been available, with a less-than-spectacular 1.9 star average rating.

Very few of the commenters seemed to have actually used the app to migrate data to an iPhone and are instead using the reviews section to vent their frustration at Apple in general. The reviews are dominated by Android users complaining about iPhone battery life, overpriced Apple Watches, ‘iSheep’ and more …

END_OF_DOCUMENT_TOKEN_TO_BE_REPLACED 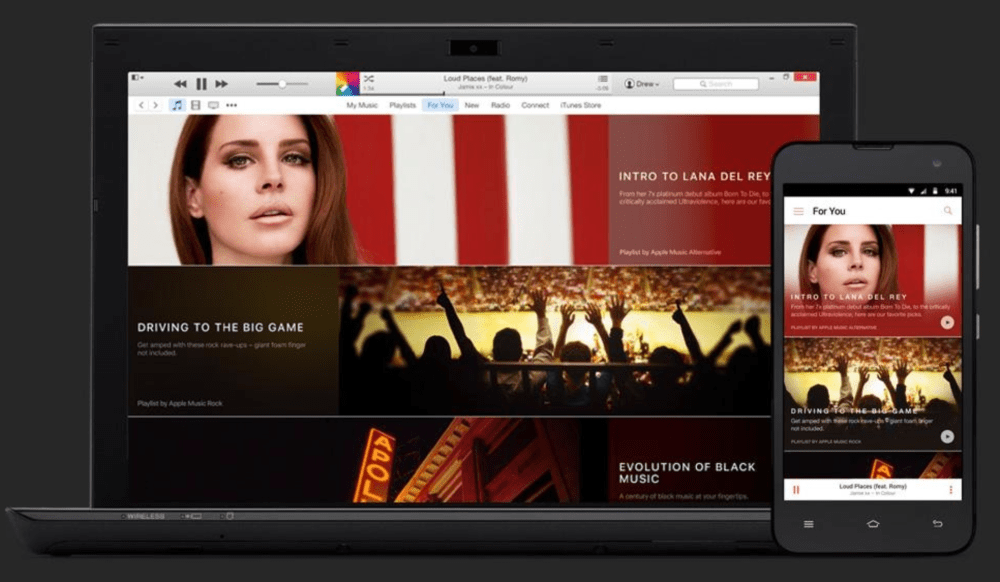 Apple’s first pair of applications for Android, Apple Music and Move to iOS, may be the start of Apple opening up even further to Google’s mobile platform. According to a new job listing on Apple’s website, the Cupertino-based company is “looking for engineers to help [Apple] bring exciting new mobile products to the Android platform.” The presence of the word “new” seems to indicate that Apple’s plans go beyond the already announced Apple Music and Move to iOS apps…