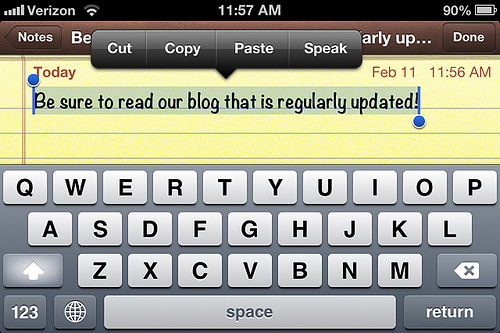 Samsung infringes key text-selection patent: Reuters reports that the International Trade Commission has handed down a preliminary decision ruling Samsung infringed on an Apple patent related to a text-selection feature. However, the courts also ruled Samsung didn’t infringe another patent related to detecting when other devices are plugged into a microphone jack. If the text-selection decision is upheld, the result could be a U.S. import ban on Galaxy, Transform, and Nexus devices: END_OF_DOCUMENT_TOKEN_TO_BE_REPLACED