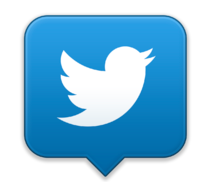 Twitter has finally updated its Mac app with support for a few photo features the social network introduced over the past year.

Twitter for Mac users can now view and share tweets with up to four photos included, something introduced to iPhone Twitter users in May. The update also includes the ability to see and send photos in privately shared direct messages; iPhone Twitter users received this feature last December.

Twitter for Mac 3.1 is available for free on the Mac App Store. Full release notes below: END_OF_DOCUMENT_TOKEN_TO_BE_REPLACED