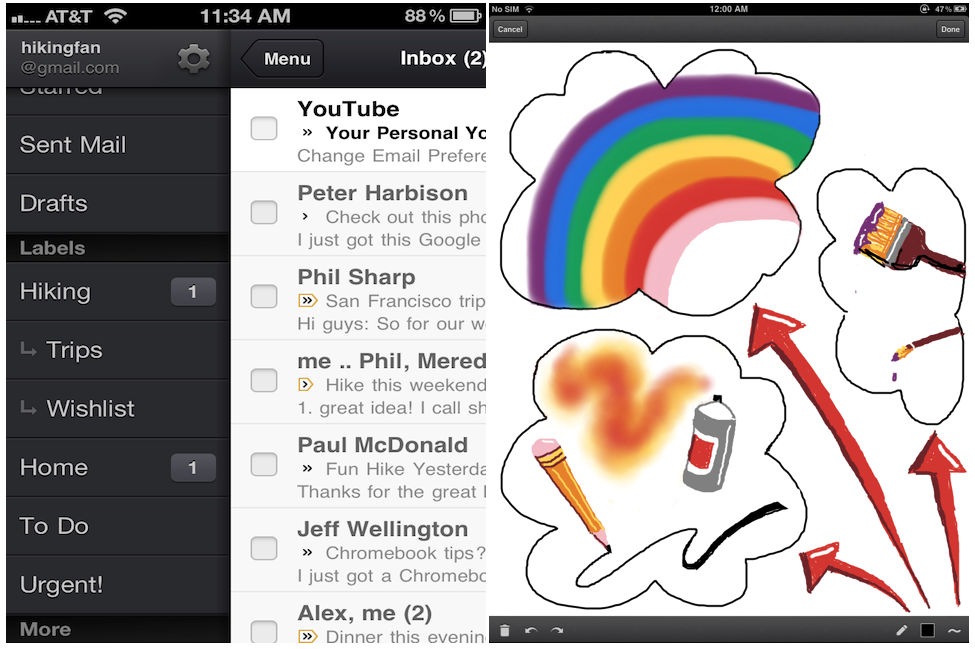 Google has just started rolling out an update to the Gmail app for iPhone, iPad, and iPod touch with a few new welcomed features. First off, users now have the ability to set a custom signature for messages as well as a vacation responder. Both of those new features will be available via the gear icon at the top of the app’s new menu. The update also includes support for nested labels and the usual “bug fixes and UI improvements”.

A new Scribbles feature allows you to open a canvas, draw a picture or sketch with multiple colors, brush sizes and line elements, and attach it to a message within Gmail. Scribbles is available now in both the Gmail iOS app and Gmail mobile web app. Another notable and highly requested change is a new notification sound on iOS 5, making it easier to tell when you’ve received an email

Google also mentioned in their blog post that they are continuing to work on some of the most requested features from users including multiple login support, banner notifications, and a “send as” feature to send mail from multiple accounts within the app.
END_OF_DOCUMENT_TOKEN_TO_BE_REPLACED