If you’ve been following your favorite artists on Shazam, you can now find out what music they are checking out using the service. An update to the iOS app due to roll out today lets you see which tracks they are identifying via Shazam.

Don’t expect to catch any of them Shazamming anything terminally uncool, however: artists have the option of keeping individual searches private. The updated app hadn’t yet gone live at the time of writing, but check for it on iTunes later in the day.

The Shazam iOS app got a major revamp toward the end of last year.

Update Feb. 25: The redesign we told you was incoming today started rolling out to iOS users globally. The updated app is available on the App Store now and the company notes that other new features are coming soon, including:

·  Quick access to lyrics with a preview as soon as a track is matched, and with direct access to the music video and additional videos related to a song;

·  Lightning fast access to the most important information about any show broadcast on over 160 TV channels in the US: music in the show, cast and crew, and more;

·  More engaging biographies and discographies, making it easy to go from discovering a great track to learning about and experiencing more from the band.

Shazam, the audio recognition app that lets users find currently playing songs and more, today announced that a redesign of its iPhone app is rolling out ahead of a larger change to the experience coming later this month. Today’s update replaces much of the light, baby blue color theme Shazam has long used and also introduces new features for accessing content and getting recommendations:

Over the coming weeks, Shazam’s more than 150 million iPhone users will see a new tag result experience as it is rolled out, with Android users getting it shortly thereafter.  The new experience means Shazaming becomes the beginning of a journey, giving users effortless access to:

· A brand new look and feel for music and television results with easy access to previewing, buying, and sharing a track;

· Quick access to lyrics with a preview as soon as a track is matched;

· Direct access to the music video and additional videos related to a song; and,

The updated Shazam iPhone app will be available through both the Free and Encore versions.

The latest version of music tagging and discovery app Shazam now offers instant previews when you tweet a track and offers faster song recognition on the iPhone 4 and 3GS.

○ Much faster recognition, especially on the iPhone 4 and 3GS. ○ Better recognition in difficult environments. ○ Now when you tweet, your followers can play previews right in Twitter through our Twitter Card. ○ Explore charts are more dynamic, showing you what’s hot in the last seven days. ○ New TV experiences (US only). 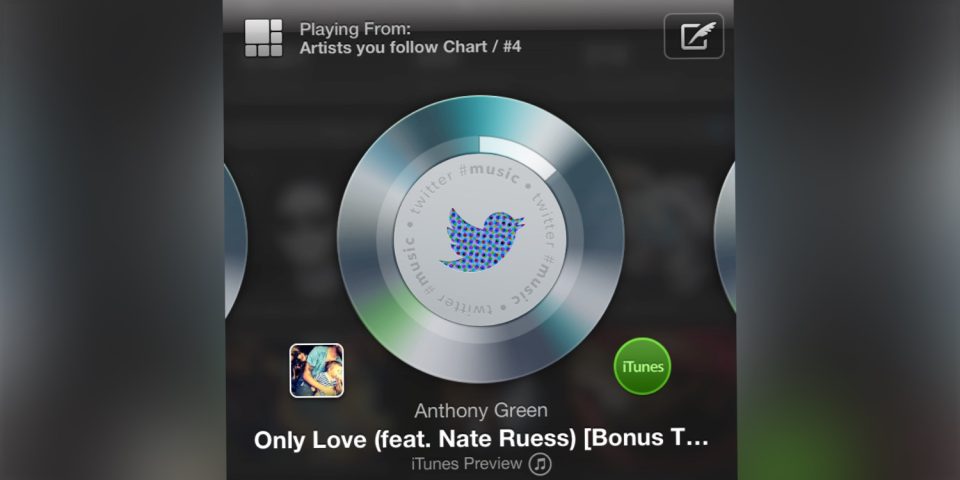 Twitter #music takes a step toward filling the void created when everyone migrated from MySpace, which was one of the most effective music discovery tools for me until it was largely vacated.

Twitter promises to “change the way people find music, based on Twitter,” per the social network’s blog, which I believe will be widely appreciated.